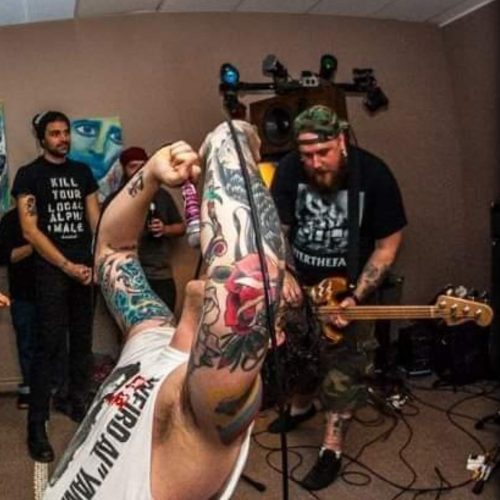 When “Weird Al” Yankovic released his third album, Dare to Be Stupid, in the summer of 1985, few could have guessed he’d become an elder statesmen of musical comedy. The album’s title track is, like most of his original songs, not very well known. (Though it’s among the most well known of his originals, as it was featured in a movie soundtrack.) It’s a style parody of Devo, which the video makes extremely clear if you don’t get it from the music.

Newfoundland hardcore punk band Brutal Youth have decided to take Al’s Devo quasi-parody entirely seriously (or so it seems). Devo’s music is rooted in a more arty, intellectual (and silly) form of punk than hardcore (Devo is short for “de-evolution”) but it’s not entirely out of left field to go the hardcore route here.

It’s a pretty typical “hardcore punk cover” but, as such, it works pretty well. Pick your favourite SoCal hardcore band and the sound isn’t that far off. And there’s something about hardcore that suits these very stupid lyric.s (Really, we’re not very far off Black Flag’s “TV Party.”) Check it out: