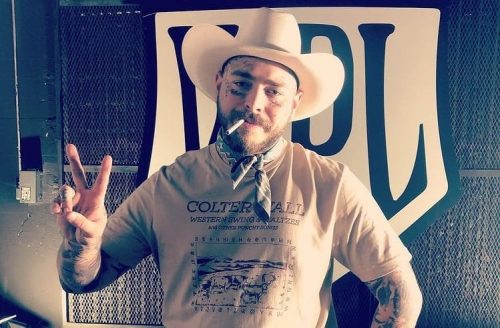 Post Malone’s making waves across the pop-country spectrum this week, covering and getting covered by two country-music icons. Most recently, Sheryl Crow released a cover of his 2019 hit “Circles.” It’s far from the first country take on the song – Billy Strings’ version landed on our Best Covers of 2020 list – but this one sounds like it could actually be a country music radio hit circa 1994. Crow says it has a “fun summer vibe,” adding on Twitter, “I’m such a fan of Post Malone’s songwriting.”

And a couple days before that, an older video of Post Malone covering Brad Paisley’s 2002 hit “I’m Gonna Miss Her (The Fishin’ Song)” went viral when Paisley re-shared it on social media, commenting, “This is better than me.” He then changed his TikTok bio to read, “I write songs for Post Malone.” Malone responded in his own TikTok video, saying, “I love you so fuckin’ much man.” Here’s the video of that “I’m Gonna Miss Her” cover, which was originally recorded in March 2021 for a Matthew McConaughey fundraiser.

Check out many more covers by and of Post Malone here.