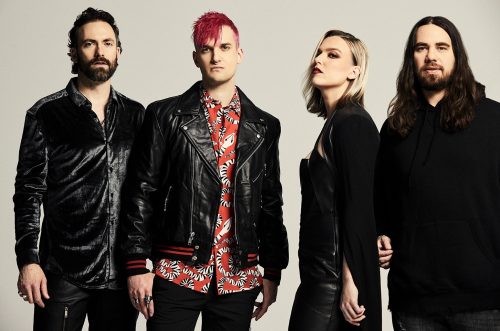 After the recent release of their new album Back from the Dead and ahead of festival performances later in the year, hard-rockers Halestorm jumped back into the studio to cover Adele‘s massive hit “Hello” at the request of a fan. The fan requested they cover the track as they were “curious to as to how yall [sic] can put a metal spin on it.” While the band only uploaded a 50 second clip of their cover, it’s safe to say they nailed the brief.

There’s no change to that iconic melody, but frontwoman Lizzy Hale’s vocals are as powerful as ever, more than a match for Adele’s. I’m hoping they record a proper studio version of the track for a future covers EP or album, as the video doesn’t do how awesome this would be justice.