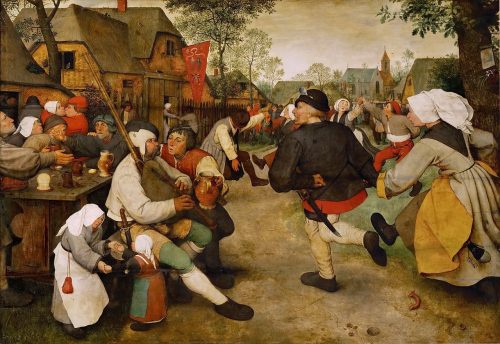 “Willie O’ Winsbury” is all about gender-fluidity, and it’s about the rejection of all things patriarchal. But it didn’t come out of some woke college campus; it’s a Scottish ballad that goes back to 1775, if not earlier. Some argue that the events it describes took place in the 13th century.

For those keeping score, “Willie O’ Winsbury” is Child Ballad #100. The Child ballads were not for children: the name comes from FC Child, the 19th century song-catcher who compiled hundreds of English and Scottish ballads from past centuries.

Even in the most modernized version of the song, its old-fashioned language isn’t easy to parse. You can listen carefully (like I did) and still miss the juicier implications and its revolutionary flavor (like I did, until I heard Scottish comedian Stewart Lee discuss it). Normally it’s best to let lyrics speak for themselves, but in this case I will write some notes in the margins:

Of course, all this is merely one reading of one version of a popular ballad. Variants of the song exist under various titles, with this verse or that inserted, deleted, or altered. In some versions, Willie is a man of wealth in peasant disguise.

So much for the story. The tune itself–the melody and chord progression–is also worth appreciating. How the chord sequence fails to resolve harmonically at any point, but circles back on itself like a staircase in an Escher print. It never seems to lose momentum. (Well, at least not in the arrangements I like.)

Richard Thompson has a good one.
Pentangle has a better one.
Anaïs Mitchell and Jefferson Hamer have the best cover of all.

Whistle the tune to “Willie O’ Winsbury” in certain settings, and folks will identify it as Fairport Convention’s “Farewell, Farewell.” And they’d be correct. It’s just that Fairport’s Richard Thompson borrowed the tune for his own original lyrics, and then gave it to the great Sandy Denny to sing.

After Denny’s death, Thompson took to performing “Willie O’ Winsbury” in place of “Farewell, Farewell.” Note that Thompson’s father is Scottish, so his Scots dialect on the Scottish ballad is no affectation. He delivers a stately uncomplicated version of a song with a complicated history–a history that Thompson himself is wrapped up in.

With two killer guitarists (John Renbourn and Bert Jansch) and the radiant vocalist Jacqui McShee, Pentangle defined the British folk rock movement in the late ‘60s (right along with Fairport Convention). They could breathe life into a traditional ballad and then launch into something by Charles Mingus. Doing covers of a modern American jazz hero reveals how seriously they took the “British folk rock” label.

On this live version of “Willie O’ Winsbury,” the real star is bassist Danny Thompson. He plays not quite like a man possessed, but like a man out to kick folk music’s ass. His playing is dark and lyrical, with growling lines that build the tension; his aggressive feel disrupts the renaissance faire vibe in the best of ways.

The Gold medal for “Willie O’ Winsbury” covers goes to Anaïs Mitchell and Jefferson Hamer. Each is a gifted vocalist, but in harmony their voices attain yet another level of lovely. Nor is this performance a one-off. They recorded an entire album of Child ballads in 2013.

On their solemn duet from 2016, they shun most contemporary trappings without seeming trapped in faded tradition. I’m not sure how they do it. Anaïs Mitchell seems particularly skilled at intermixing past and present. Her musical “Hadestown” retells the ancient myth of Orpheus and Eurydice. Its Broadway run took home eight Tony awards in 2019, including best musical. A Grammy for best Musical Theater Album followed in 2020.

While Mitchell hit the big time, I want to end on a very small point about this version of “Willie O’ Winsbury”: that the singers change “Janet” to “Jane.” “Janet” ends in an unstressed syllable, so the five lines in the song that end in “Janet” have an unnecessary extra unit at the end, and a weak one at that. “Jane” cleans it right up, makes it metrically correct. A small detail, but getting these tiny things right gets you eventually to Broadway and Carnegie Hall.