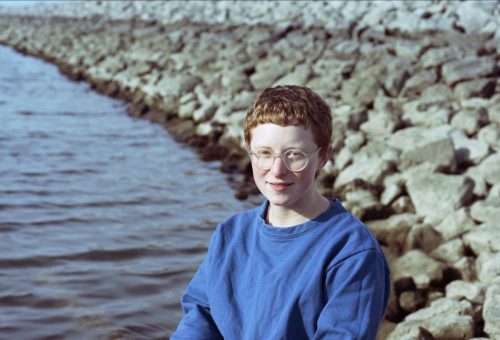 It’s been a big summer for Kate Bush covers. More specifically, it’s been a big summer for covers of one Kate Bush song: “Running Up That Hill,” made viral by its prominent usage in Stranger Things. As Hope Silverman noted in her recent Hounds of Love feature, there’s a lot more to the Bush ouvre than this massive four-decades-delayed hit though. UK listeners have long known this, of course, but she’s been largely relegated to “cult act” in America (it’s probably why she keeps losing votes to get her in the Rock Hall).

So double points to Brooklyn indie-rock Deer Scout for covering Kate Bush and digging deeper than “Running Up that Hill.” Not that their choice, “Suspended in Gaffa,” is crazy obscure; it was a single, with a music video. But anything other than “Running Up That Hill” counts as crate-digging this summer, and Deer Scout delivers a terrific slow-burn art rock cover led by singer Dena Miller’s plaintive vocals.

“‘Suspended in Gaffa’ is my favorite Kate Bush song,” Miller said. “I love the drama and the playfulness of the lyrics, they feel absurd and sincere at the same time. ‘I don’t know why I’m crying’ has always really gotten to me, and I love that it goes from that to ‘It’s a plank in me eye with a camel whose trying to get through it.’ I also admire her ownership over the production and arrangement of her songs. The original really feels like one person’s vision, which makes sense because she played piano, strings and produced it herself.”