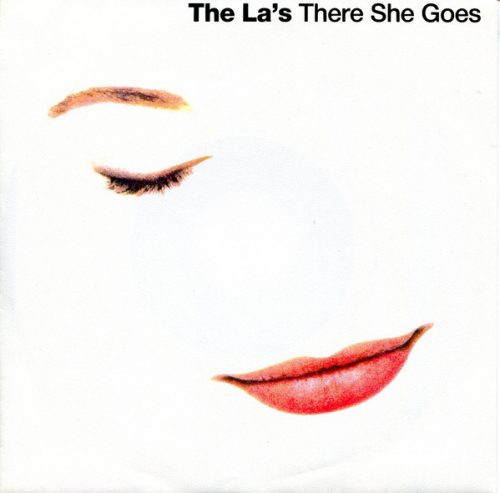 Liverpool band The La’s were famously not happy with the version of “There She Goes” that became a UK #13 single for them in November 1990, especially not the singing La’ who wrote it, Lee Mavers. They were not happy, either, with the numerous other versions of the song they recorded for Go! Discs during 12 expensive sessions, with a string of different producers, over the preceding three years: The Bob Andrews version, the Mike Hedges version, the John Leckie version… They complained bitterly that they hadn’t nailed the song, or indeed any of the songs that appeared on their debut album, with Mavers memorably telling the NME in October 1990 that they sounded “all fucked up like a snake with a broken back.”

So what chance do other artists have in getting “There She Goes” right?

Well, if they cared at all for Mavers’ artistic intention for the song, made clear in interviews and TV footage of the late ’80s, they’d sideline producers altogether and record it on four- or eight-track equipment for that raw and hard-edged sound. Like that of a ’60s Merseybeat group. They’d play it on battered old acoustic guitars, dressed in workaday clothes, while shunning effects pedals and studio trickery like the plague, and anything that might mark them out as a fashionable indie band. They’d also sing it in distinctively full-throated, hoarse, and grainy fashion (no Auto-Tune), while bringing to the catchy melody a sense of melancholy and desperation. And they certainly wouldn’t approve Simple Minds producer Steve Lillywhite to remix it and make it sound, in bassist John Powers’ words, “all poppy and Simple Mindsey.”

The fact is, though, that few of the surprisingly few people to cover “There She Goes” are concerned with Mavers’ artistic intention and with sounding like Cavern-era Beatles. They’re instead concerned with putting their mark on what is frequently described as “a perfect pop song,” and one that is seemingly so darn simple to learn, with its sole components being a jangly guitar riff, a single chorus repeated four times, and a bridge. They’re intent on buying into an apparently effortless tune of such magnificence that it provided a touchstone for Oasis and the whole Britpop movement, with a status akin to a Kinks or Who classic. And sure, they’re likely to polish it and sugar-coat it, and drive it ever more into the realm of rom-com soundtracks and commercials. But there’s a chance, also, that they’ll send it “racing through our brain” in some intriguing new way.

So while there’s the possibility of somebody someday covering “There She Goes” in an equivalent fashion to, say, Amy Winehouse doing the Zutons’ “Valerie,” or Nick Cave doing Pulp’s “Disco 2000,” we’d be foolish not to say that:

Sixpence None the Richer did a good version.

The Boo Radleys did a better one.

Babybird did it best.

Sixpence None the Richer – There She Goes (The La’s cover)

US Christian band Sixpence None the Richer, famed for their “Kiss Me” hit of 1997 on which singer Leigh Nash sang gleefully of being kissed “out of the bearded barley,” probably never entertained the idea of “There She Goes” as a drug song. And certainly the line “There she blows again / Pulsing through my veins” sounds perfectly innocent in their hands, having previously been a source of speculation that put the track into the same category as the Beatles’ “Got To Get You Into My Life.” Which is just it: There’s no hint of illicit or subversive activity here, beneath the love-song veneer. No intimations of heroin abuse. Nothing edgy.

Sixpence, you see, did the job of sanitizing Mavers’ song in 1999 by turning it into a pretty, MOR, soft-rock kind of deal, which would be a complete turnoff were it not for the lively dynamics of their arrangement: The initial strumming of guitars before the unleashing of the riff; the midpoint breakdown that anticipates the bridge. They took the song to #14 in the UK, in any case, and outdid The La’s in the US by taking it to #32 in the Billboard Hot 100, aided, it seems, by its inclusion in the Chevy Chase-starring movie Snow Day, and by Adam Goldberg looking intense in the accompanying video. They therefore made the track much more famous internationally, which can only be a good thing, even if it means many unfortunates now believe their version to be the original.

The Boo Radleys – There She Goes (The La’s cover)

The Boo Radleys from Wallasey in Merseyside, just six miles from Liverpool, cared even less for sounding simple, tough, minimalist, and street on their 1993 version of “There She Goes.” The quartet’s modus operandi, as they made clear on their critically acclaimed Giant Steps LP the same year, centered more on blending psychedelia, guitar-pop, jazz, dub, and orchestral music. Often within the same song!

So they weren’t afraid to get radical on The La’s track, prior to their Britpop breakthrough with “Wake Up Boo!”, by first translating the opening guitar hook into a fade-in fanfare of brass that you’d more likely expect in a Benjamin Britten opera. Neither did they refrain from speeding it up, adding handclaps, Beach Boys-style harmonies, and rocked-up guitar lines and solos, all in the name of the opening sequence to Mike Myers movie So I Married An Axe Murderer. Their rendition again lacks the bite of the original, but the sheer youthful exuberance of it all is impossible to resist.

Babybird – There She Goes (The La’s cover)

Babybird, the UK “band” that most often just consists of prolific singer-songwriter and multi-instrumentalist Stephen Jones, could hardly be better qualified to cover “There She Goes.” They were famous principally for a singalong ’90s hit in the UK, “You’re Gorgeous,” that seemed like an uplifting love song yet actually concerned (you guessed it) the sexual exploitation of a young model by a photographer. So it was that they turned The La’s classic into something quite twisted and sinister, as part of their 2021 Covers album on Bandcamp. It’s that distorted and lo-fi keyboard sound that does it, combined with a hypnotic rhythm, and Jones’ self-harmonized baritone. It’s a sound that evokes a feeling that can’t be contained, all right, and one that is not entirely wholesome. Just as it should.