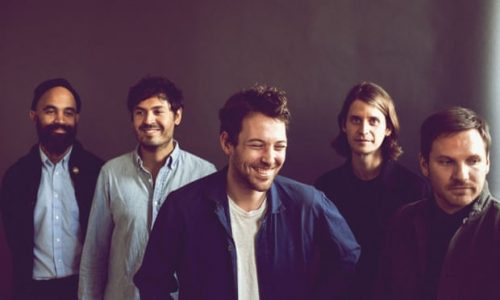 Like many acts currently out on the road, Fleet Foxes are caught in a bit of a time loop. FF’s latest record, Shore, was released in 2020, but it’s only now, nearly two years later, that the group are finally trotting out the new songs live in an extensive summer tour. The recursion isn’t necessarily a bad thing — among the big ‘00s indie rock acts, Robin Pecknold and company seem especially confident in and inspired by returning to their earliest work, working with new creative energy and fresh live arrangements. This approach extends to covers too: in a gesture that circles back to their initial breakout moment of 2007-08, Fleet Foxes have been once again visiting the work of late singer-songwriter Judee Sill, spotlighting her masterpiece “The Kiss” at most every summer ’22 tour stop.

Centered in a tight focus on the titular “sweet communion,” Pecknold unspools the song’s long-arc vocal melody with artful precision. His performance feels airy but not overly delicate, honoring the kind of quiet, indomitable spirit that defines Sill’s original track. Though “The Kiss” is based primarily around graceful piano arpeggios, Fleet Foxes’ version also finds ballast in a trio of horns, the players reveling in the song’s long and lowing incremental movements. The whole performance sounds crystalline, cathartic — the kind of big deep breath that Fleet Foxes and their live audiences surely needed after so many years away.

Judee Sill has received quite a bit of retrospective attention in the past couple of years, with her self-titled debut record—one of only two studio releases in her discography—celebrating its 50th anniversary. But, as mentioned, this “The Kiss” is not the first time that Fleet Foxes have given Sill a big tour-long feature moment. Her ballad “Crayon Angels” was a long-ago staple live cover for Fleet Foxes too, performed in a memorably spare solo arrangement by Pecknold nightly during the band’s very first worldwide tour in 2008.

Check out both of Fleet Foxes’ Judee Sill covers—“The Kiss,” live from Seattle in 2022; and “Crayon Angels,” live from Essen, Germany in 2008—below.