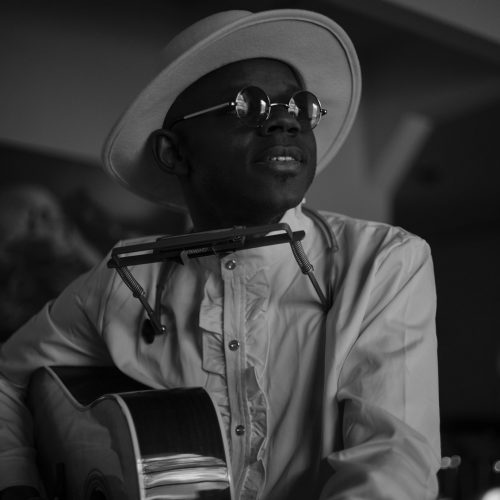 “This Must Be the Place (Naive Melody)” is one of Talking Heads‘ most covered songs, in part because it is so simple compared to most of their music, especially their music from the late ’70s and early ’80s. Because it’s so simple, it lends itself to solo interpretations in a way in which little of their music normally does. (Imagine listening to, say, “Born Under Punches” by someone on just a guitar.)

Kenyan-American singer-songwriter Ondara has already found his way onto Cover Me through covers of Neil Young and his musical hero, Bob Dylan (he went by J.S. Ondara then). So Talking Heads are a little out of left field for him, even if this is one of their most direct songs.

Unlike so many covers of “This Must Be the Place,” Ondara does indeed mess with the famously “naive” melody. It’s certainly easy to just play the song as is, but Ondara slows it down and changes the vocal intonation. You actually have to listen to the lyrics to figure out what song it is. He even does this for the song’s hook, which strikes me as a little brave. It’s just his voice and a guitar, but his voice in particular is pretty damn impressive. And whatever issues you might have in the deviance from the melody are made up for in his impressive range and the emotion he brings to this new cadence. It’s a fresh and original take showing off quite a vocal talent.