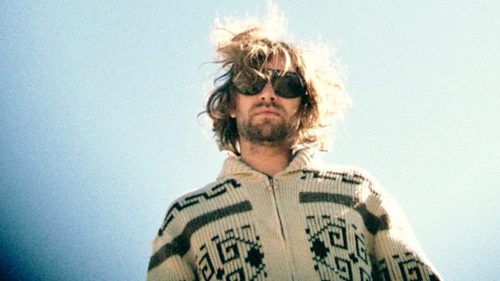 Nico Georis is an experimental singer-songwriter and composer from California who has covered avante-garde/ minimalist composer Terry Riley on his new LP, named after the piece in question: A Rainbow in Curved Air. The full album doesn’t come out until July 29, but he has released a small taste of the cover on his Youtube channel.

The original tune has layers of improvised keyboards paired with various Eastern instruments, including the dumbec. Georis kept Riley’s improvisatory feeling, as well as the Eastern influences in his take on the piece. However, he gives it a slightly fuzzier, more lofi-sound.  Georis’ original piece “777,” also from A Rainbow in Curved Air is played on slot machines, which is yet another nod to Riley’s work:

The first time I ever heard [Riley’s] ‘Arica’ it sounded to me like a bunch of slot machines come to life, as if in some Disney Fantasia cartoon. This original impression is what inspired the entirety of side B. “Hot Slots” is littered with sounds of slot machines at their original speed, while “777” is built from a foundation of slot machines patterns that have been slowed way down. Side B marks a clear departure from ‘Arica,’ looping forward from the curved air of the ’60s into a blissed-out slot machine K-hole of today.

You can hear a short snippet of Georis’s cover here and, below that, the Riley-inspired original “777”:

For more great Avante-Garde covers, check out this set of wild versions of Elvis tunes.