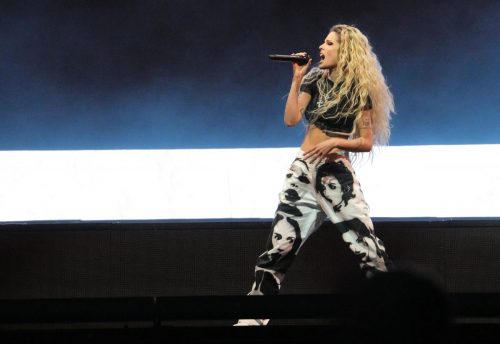 Kate Bush’s ’80s classic “Running Up That Hill” has caught fire on both social media and on the stage, reaching a new high on the charts decades after its release thanks to soundtracking a key moment in the show Stranger Things. Now pop singer Halsey is the latest star to cover the viral song, on stage at the recent Governors Ball festival in New York.

Halsey’s rich vocals, and true-to-the-original instrumental backing (minus so many synths, that is) made for one of the most convincing covers thus far. Their impeccable vibrato and gorgeous range-shifting mimic Bush’s recording remarkably well. Check it out below.