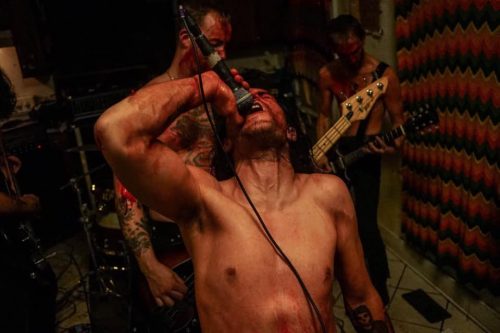 Hüsker Dü’s sound helped define post-hardcore in the ‘80s – if they didn’t invent it outright – and, for better or worse, helped give birth to emo. Though pretty under-known, they were one of the most influential American “punk” bands of the ’80s. “The Girl Who Lives on Heaven Hill” is one of their poppier and more straight-forward numbers from their third album, New Day Rising. But much of its commercial appeal is sapped by the band’s rather um…let’s call it “deliberate,” production.

Final Gasp are a self-described “death rock/punk hardcore” band from Boston. So they are one of the numerous bands that owe the Dü a sonic debt. Makes sense they’d cover their music, though the song choice is an interesting one given its aspirational, lovelorn quality. This is a band that describes themselves as “death rock,” after all.

Final Gasp don’t do much different in their cover, approaching the song about as straight as they can. The biggest difference is the spacey, roomy production, which lets the song breathe in comparison to the original. Through the loud riffing, you can really hear the melody. There’s a brief, plodding, almost doomy coda but otherwise it’s very close the original.

But given how rarely this song has been covered, it’s nice to hear one, especially one that actually opens up the song a bit, which might inspire some other people to go diving through the Dü’s catalogue. Check it out: