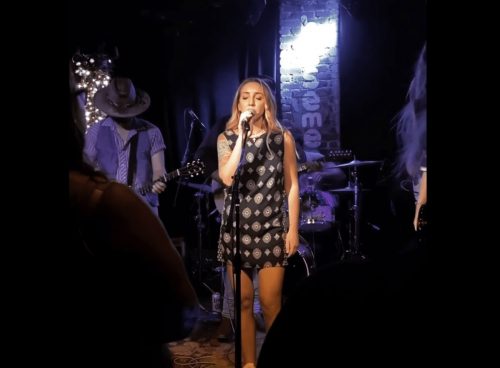 “Silver Springs” started life as a little-known Rumours outtake, but, since its inclusion on 1997 blockbuster live album The Dance, has become a certified Fleetwood Mac classic. Lykke Li’s cover landed at number two on our Best Fleetwood Mac Covers Ever list, and everyone from Tori Amos to Florence and the Machine has taken a crack at it too. The latest comes from country star Ashley Monroe, who in addition to her own solo music makes up one-third of Pistol Annies alongside Miranda Lambert and Angaleena Presley.

Monroe sang “Silver Springs,” which she calls her favorite Fleetwood Mac song, at a recent concert at Nashville’s The Basement East. While the original is a fiery duel between Stevie Nicks and Lindsey Buckingham, she takes the clear lead here, with Buckingham’s parts split between Meg McRee (the vocals) and Ben Chapman (the guitar). Even for a phone recording from the audience, it sounds terrific, mostly faithful to the original but with a little extra twang and slide guitar adding a country touch. She should record a proper version!

Check out our aforementioned list of the Best Fleetwood Mac Covers Ever here.