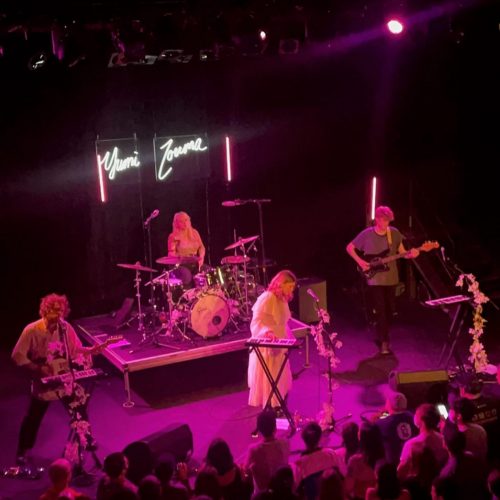 The Todd Terry remix of “Missing” changed Everything But the Girl’s entire career. “Missing” was the band’s biggest hit ever, going to #3 in the UK and #2 in the US. Originally a jangle-pop/alternative pop duo with a bit of a jazz, they altered their sound to follow up on the surprise success of the remix, and they began incorporating much more dance music.

Yumi Zouma are a dream pop band from New Zealand. They have released four albums of original music since 2016, as well as an album devoted to covering the entirety of Oasis’s (What’s the Story) Morning Glory?

Yumi Zouma’s cover is significantly closer to the original “Missing” than the remix. But even compared to the original, their new cover relatively subdued until the end. For example, the pumping bass of the original is mostly replaced by a piano, which makes this version feel much closer to a ballad.

The instrumentation is sparse and limited to only piano, guitar, bass and drums. Lead singer Christie Simpson does a good job of conveying the longing of the song, and she’s significantly less detached-sounding than Tracey Thorn. Multi-instrumentalist Josh Burgess contributes some limited backing vocals, too.

Though mostly sedate, the song builds to a pretty impressive, emotional conclusion in its final minute. The restraint of the opening pays off in the climax, as Simpson really lets loose. If you only know the remix, this cover will likely really expand how you think of the song.