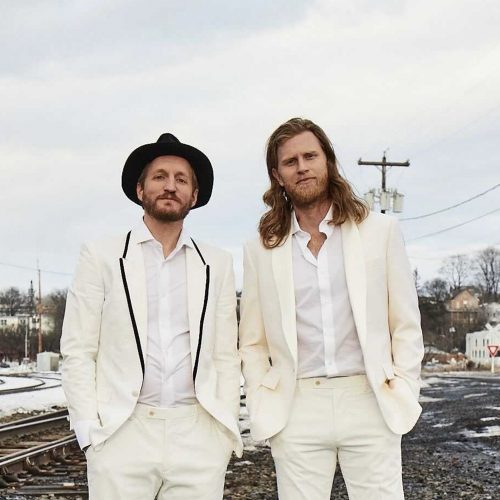 Folk rockers The Lumineers have already popped up on Cover Me a few times, covering hits from the ’70s, ’80s and ’90s, usually in fairly faithful but stripped down versions. Now they’ve recorded The Cure’s “Just Like Heaven” as a bonus track for their latest album for Record Store Day.

Piano covers of pop or rock hits are a YouTube-covers cliche. but established bands often add something to this subgenre. In this case, the Lumineers use a poorly tuned and resonant piano that sounds almost like it belongs in a saloon. And it’s just this piano and lead singer Wesley Schultz’s voice. They also don’t really slow it down, which is where these types of covers almost inevitably go. The internet cliche isn’t so much solo piano cover as slow solo piano cover.

What we get is a simple but charming performance of a one of The Cure’s greatest songs. It’s stripped of all the various instruments on the original but retains some of the upbeat, joyful spirit.