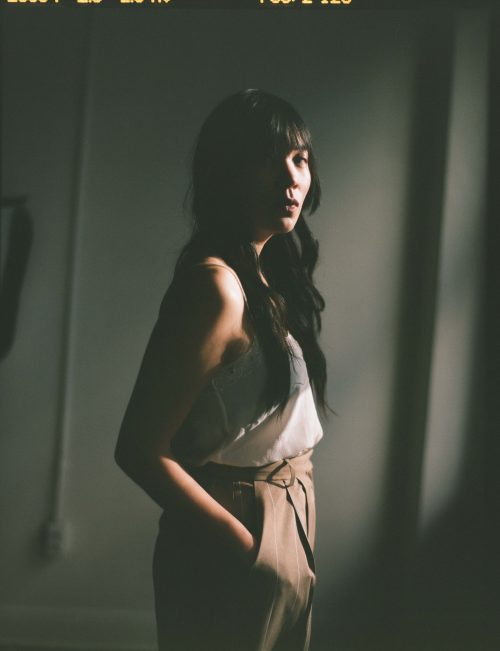 We’ve featured singer-songwriter Thao Nguyen, until recently of Thao & the Get Down Stay Down, on Cover Me a number of times over the years, as she’s covered songs from the past from multiple genres. Now that she’s gone out on her own, she’s chosen to cover a slightly more recent song. The surprising thing is that she picks, as she explains in the video, a song she doesn’t even that well: Björk’s “Human Behavior.”

At first, her cover follows the original closely, with the exception of the added organic instruments, saxophone and drums. Though Thao doesn’t have Björk’s range, she sticks pretty closely to the vocalizations (though her voice is filtered through an effect). But then, in what we might call the bridge, things go crazy. Thao starts vamping on her guitar, and the one of guys handing the samples starts fooling around with turntables, taking the song into a weird new place, and a long ways from the original. The resumes the form of the song for the last chorus but then gets weird again on the coda.

Though the middle of the song sounds nothing like the original, the playfulness is very reminiscent of Bjork herself, and her willingness to whatever she wants, regardless of conventions. It’s a fascinating version, both adhering to the original