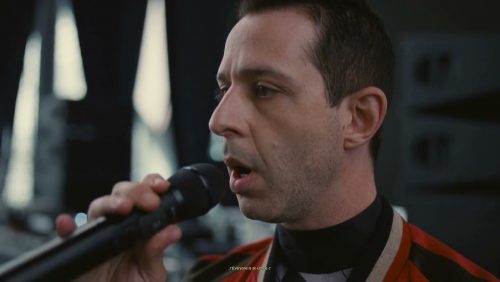 Kendall Roy, the most wily of the Roy progeny featured on HBO’s Succession, has been in the music game for a few years now. Played with disquieting intensity by Jeremy Strong, Kendall made his musical performing debut on the show’s second season with a hip-hop tribute to his father, Waystar Royco chair Logan Roy, on the stage of a particularly epic/off-the-rails company shareholder meeting. (Yes, it’s as bizarre as it sounds.) Now, with the belated release of Succession’s Season 3 soundtrack, we have another musical nugget from the show to share: Kendall Roy’s live cover of Billy Joel’s “Honesty.”

The cover originally appears in an uncomfortably hilarious episode that features Kendall intending to perform at the centerpiece of an immersive theatrical birthday ball he throws in his own honor. It’s in that spirit of navel-gazing—and, on the writers’ part, a dark self-awareness—that this Billy Joel cover arrives: part display of male plumage, part mope-fest, part performance art.

Perhaps unintentionally, Strong embraces the fact that he (and thus Kendall) isn’t the most dynamic singer. In terms of the performance itself, it’s helpful to have some sense of the show to make this cover worth your while. But if you have not already been reeled into Succession’s twisted world, let this be the hook that ensnares you. Best of all, composer Nicholas Britell’s brings some subliminal echoes of the iconic Succession main theme to this version, aligning the Billy Joel number with the show’s deliberately oppressive, always-beautiful score.

Check out the cover of Billy Joel’s “Honesty” below — alongside a bonus “cover”/remix of the Succession theme, “Puppets,” released last year to great fanfare by current top-U.S.-selling artist Pusha T.

Check out our list of The 40 Best Billy Joel Covers Ever.