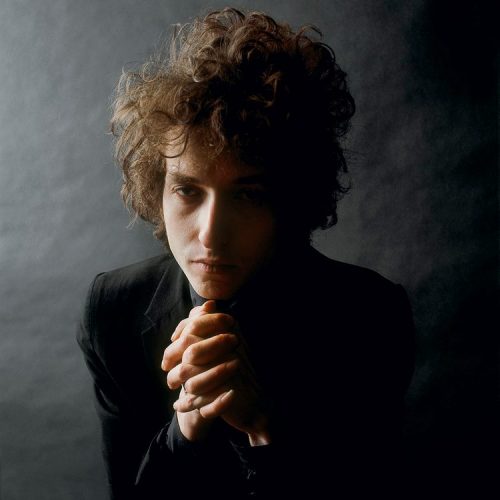 I explained my methodology for defining “lesser-known” in part one on the early ‘60s tunes, but, briefly, the main criteria is that it can’t have appeared on a proper album. Then I just eliminated some additional well-known non-album tracks.

The late ‘60s offer a wealth of such tracks that have been covered – if not often, very well at least once or twice. Dive in below, and check back tomorrow as we enter Bob’s 1970s.

“California” was recorded the same day as “Outlaw Blues,” and while it’s not quite an early version of that Bringing It All Back Home cut, it does share some lyrics and a similar 12-bar blues feel. Given that “Outlaw Blues” itself hasn’t been covered much – though Jack White did once perform it with Bob himself – “California” really hasn’t been covered much. But, as a bonus track on the terrific tribute album Subterranean Homesick Blues: A Tribute to Bob Dylan’s ‘Bringing It All Back Home’, Boston singer-songwriter Will Dailey did a nice guitar and percussion version.

Jimi Hendrix Experience – Can You Please Crawl Out Your Window?

Wow, who knew Jimi Hendrix ever covered Dylan? Okay, I kid, but he did do a number of songs other than the obvious one over the years. That includes this failed 1965 Dylan single, which Hendrix knocked out shortly after its release for a BBC session. The Hold Steady do a great version too, which is on…

Stephen Malkmus and Lee Ranaldo – Can’t Leave Her Behind

…the soundtrack to Dylan sorta-biopic I’m Not There. It features a number of deep-cut covers, including this one from Pavement’s Malkmus and Sonic Youth’s Ranaldo. Admittedly, some of these songs don’t get covered much for a reason – “Can’t Leave Her Behind” isn’t some hidden gem in the Dylan catalog – but the whistling in the background, either a slide guitar or one of those musical saws, is a nice touch.

Sara and Sean Watkins’ included a terrific Dylan cover on their all-star Watkins Family Hour album in 2015. That was “Going Going Gone,” but over a decade before that album, they performed this other number at a show at Los Angeles’ Largo. Sara’s violin is the high point, perhaps inspired by John Mellencamp’s own violin-heavy cover of the song.

Aviator – Get Your Rocks Off

Aviator’s shreddy 1980 cover is clearly modeled on Manfred Mann’s Earth Band’s 1973 version, the first widely available recording of this tune (though Coulson, Dean, McGuinness, Flint beat them to it by a year – we’ll get to them soon). But it doubles the run time, largely through furious guitar solos. Incidentally, I didn’t include any songs eventually released on the official 1975 double album Basement Tapes in this – tons of covers of those – but I did include the other songs Bob and The Band taped in that basement, which circulated for years before belatedly getting an official release in 2014 on The Bootleg Series Vol. 11: The Basement Tapes Complete.

Yo La Tengo – I Wanna Be Your Lover

Another I’m Not There tune, by Yo La Tengo, a band who pulled double-duty on the soundtrack by also doing a “4th Time Around” with Buckwheat Zydeco. It doesn’t veer too far from the original, but the band ably captures that 1966 barely-controlled chaos a revved-up Bob got with The Hawks.

Sonic Youth – I’m Not There

Until it was released on the soundtrack to the movie of the same name, “I’m Not There” (the full title used to be “I’m Not There (1956),” but even Bob must have forgotten why he added a random year to the end of the title) was considered a lost masterpiece, a surreal composition that lyrically feels more like a Blonde on Blonde outtake than the Basement Tapes track it actually was. Sonic Youth – already mentioned above and due to pop up again below – bring a hazy distortion squall to the track, making the music as trippy as the lyrics.

“Long Distance Operator” is probably best known, to the extent it’s known at all, through its inclusion on 1975’s Basement Tapes album. But, confusingly, that version A) wasn’t recorded at the Basement Tapes sessions and B) doesn’t even include Dylan on it. It’s just The Band, a random recording from 1968 that had been sitting around. Bob, though, did write it and perform it live, way back in the heady going-electric days of 1965. For added confusion, James Cotton’s cover came out in 1971, after Dylan performed it and after The Band recorded it without Bob, but before they released it. So in some ways this is the first version, in some ways it’s the third. Got a headache yet? Regardless, it’s a perfect song for a blues harmonica player to tackle.

If the name Luxuria doesn’t run a bell, how about this one: Buzzcocks. Or this other one: Magazine. Luxuria was a late-‘80s side project of Howard Devoto, from both those more famous punk-era bands, alongside Norman Fisher-Jones, who played in some of main-Buzzcock Pete Shelley’s side projects. Their “She’s Your Lover Now” cover was first released the B-Side to 1988 single “Redneck,” but the best version doubles the length to seven minutes and earns every one.

It’s a cover of a cover! Way back in 1969, Fairpoint Convention translated Dylan’s Bringing It All Back Home outtake “If You Gotta Go, Go Now” into French for their album Unhalfbricking (which also included a song in my first post, “Percy’s Song”). Almost forty years later, French rocker Tony Truant teamed up with Queens garage-rock veterans The Fleshtones for the EP Allo brooklyn, ici montmartre. It included this version of Fairport’s version of Dylan’s song, guitars cranked to eleven and with some wailing harmonica solos.

Coulson, Dean, McGuinness, Flint’s Lo and Behold from 1972 is one of the all-time great Dylan covers records. It’s also composed entirely of rarely-covered Dylan songs, a blend of early folk cuts he left off his albums (many of the songs in our first post) and some Basement Tapes deep cuts. “Sign on the Cross” is one of the later, a Basement Tapes song that didn’t land on the actual Basement Tapes album. CDMF’s sound is clearly modeled after The Band’s, but they find their own arrangements and ideas even on the songs The Band originally played on. Most of their stuff is uptempo, almost Southern rock, but “Sign on the Cross” draws from roots-gospel, with a plaintive lead vocal from Dennis Coulson.

Thurston, Kim and Epic – Sitting On A Barbed Wire Fence

I told you we’d be hearing again from Sonic Youth. In addition to the full-band “I’m Not There,” we also got a Lee Ranaldo “Can’t Leave Her Behind,” and now we reach the final track of the trilogy: then-couple Thurston Moore and Kim Gordon’s “Sitting On A Barbed Wire Fence.” Featuring British cult fave Epic Soundtracks, this squalling distortion-fest first surfaced on one of the first Dylan tribute albums, 1992’s Outlaw Blues. That album also featured another Dylan cover from Ranaldo, and of another non-album track, no less: “Mama You’ve Been On My Mind.” They were so busy covering ‘60s Dylan deep cuts, it’s amazing Sonic Youth ever found time to record their own music.

Trampled By Turtles – Tell Me Mama

At every show on his famed 1966 tour, Dylan and The Hawks opened the electric set with Bob’s original blues tune “Tell Me Mama.” Given how iconic those shows are (the “Judas” Manchester show especially), it practically seems like a greatest hit. But Bob never put it to tape. It’s been covered a few times though, by Robyn Hitchcock, who never met a Dylan tune he couldn’t cover, and a few Grateful Dead-adjacent bands: Phil Lesh and Friends and Joe Russo’s Almost Dead. The best to my money, though, is the bluegrass version Trampled By Turtles has performed live a few times.

Every day this week will feature another installment in this series. We’ve already done Early ’60s. Coming up: 1970s, ’80s, and finally ’90s and Beyond. I also write an email newsletter about live-Dylan, for those who want to go deeper.