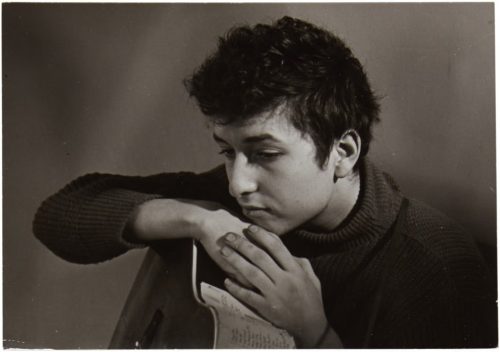 The richest period of them all in terms of sheer quantity of songs is this one. In his first couple years on the job, young folkie Dylan wrote dozens more songs than he could fit on his albums. Some he gave to other artists, some he played live for a while and discarded, some he eventually released on Biograph or various Bootleg Series installments. Though none have been covered often, almost all have been covered at least once or twice. After all, they’ve had sixty years for someone to pick them up.

I listened through as many as I could find to dig out the best. And, since there were too many to blurb, Patreon supporters will get a dozen more that are just as good.

Miley Cyrus ft. The Roots – Baby I’m in the Mood for You

The first track of this series may come from the biggest name we’ll see. Names plural, really; The Roots alone would put in the top quadrant, but then they’re serving as a backing band for Miley Cyrus! She performed this cover, modeled after Odetta’s 1965 version (more on her in a minute), on the Tonight Show in 2016, apparently for no other reason than she felt like it. Which is the perfect energy to begin our look at people digging out Dylan obscurities. Some are more calculated, but many come packaged just like this, an artist finding an obscure old song they want to share with the world. Just usually with a little less star power attached.

Ben Williams – The Death of Emmett Till

The most recent cover on today’s list comes from jazz bassist Ben Williams’ 2020 album I Am a Man. One of the “finger-pointing” songs Bob would shrug off within a few years, “The Death of Emmett Till” might seem historically dated at first glance. But remember that, unlike some of Bob’s ripped-from-the-headlines early songs, Emmett Till was eight years gone when Bob wrote this – already “old news.” That could be why this song still resonates more than some others, never more so than on Williams’ powerful cover for the Black Lives Matter era. It features one of the best Bob-cover guitar solos since Hendrix too.

This cover is the first we’ll see of a trend: Bob doesn’t release the song himself, so he gives it to someone else. This happened with many of the Basement Tapes songs; in fact, it was the reason for the Tapes’ entire existence, creating publishing demos that Dylan manager Albert Grossman could farm out to other artists. But it also happened with a lot of these early songs Bob played a few times live in the Village, then never put on an album. In this case, Youngstown, Ohio rockers Blue Ash got the nod in 1973, delivering the first official release of “Dusty Old Fairgrounds,” a much harder-charging version of Bob’s old solo-acoustic song. It used to go like that; and now it goes like this.

Cat Powers knows her way around the less-lit corners of the Dylan catalog. She covered “Paths of Victory,” a song we’ll get to momentarily, on her 2000 album The Covers Record. In a BBC set promoting that record, though, she dug even deeper, to one of the first songs Bob ever wrote, which served as the opening track on 1991’s first Bootleg Series. Piano and a backing singer are all she needs to get the point across.

“John Brown” has stuck with Dylan longer than any of the other songs on today’s list; he was playing it in concert as recently as 2012. Maybe he was honoring the 40-year anniversary of this freaky, funky cover by legendary Memphis musician and producer Jim Dickinson. It extends the folk song to over six minutes with horn solos, spoken-word drawling, and all manner of out-in-the-cosmos wildness. Think Sun Ra meets the Stax rhythm section. Dickinson included it on his debut album Dixie Fried in 1972. Twenty-five years later, Dylan himself called Dickinson in to play on his return-to-form album Time Out of Mind.

The first cover on here to have appeared on our 100 Best Bob Dylan Covers Ever list last year – but not the last. As Patrick Robbins wrote at the time, “She takes Dylan’s poem, performed only once by its author, and spins out this meditation on heroes and hope. Her voice sometimes multi-tracks, and the music behind her moves in flits and flickers as she gives all 1700-odd words toughness and reverence. So if you can roll along with this thing here, you’ll be so much the better person for it.”

Honestly, folk singer and Civil Rights activist Odetta recorded probably half these songs before anyone else did. Her 1965 album Odetta Sings Dylan, reportedly the first widely-released album of Dylan covers ever, also features “Baby I’m in the Mood for You,” “Long Ago, Far Away,” “Paths of Victory,” and “Walkin’ Down the Line,” all of which appear by other people on our list (or the Patreon bonus list). The whole album’s essential, but to represent it I went with “Long Time Gone,” which features more production than some of the others. For Odetta, of course, “more production” means three acoustic guitars, rather than the usual one.

Titus Andronicus – Only a Hobo

Titus Andronicus’s Patrick Stickles has a knack for making Dylan songs his own. He can do it with the most-famous – his “Like a Rolling Stone” changes the tenor of the song by making it first-person – and the most obscure. “Only a Hobo,” from Titus’s 2018 Home Alone on Halloween EP, was clearly done on the fly; at one point, Patrick’s calling out chord changes to the pianist. But the passion flies through in the delivery, as Stickles hollers in his gruff punk voice. He even adds little asides; after “One look at his face showed the hard road he’d come” he mutters, almost to himself, “Yes it did, anybody could tell.”

The Byrds – Paths of Victory

Fairport Convention, who did a number of early-’60s non album tracks (check out “Percy’s Song” off Unhalfbricking), will appear in tomorrow’s late-‘60s post. So here we’ll feature a group clearly following in the Fairport mold, June Tabor & Oysterband, from their knockout 2011 album Ragged Kingdom. Sawing cello, invigorating harmonies, and a gallop of drums propel this performance into the stratosphere. It’s like Fairport on speed.

As he noted when I interviewed him, the late producer Hal Willner, who almost single-handedly invented the tribute album, had largely moved on to curating tribute concerts in the last decade of his life. One of the most ingenious was a 2018 tribute to celebrate the anniversary of Dylan’s famed 1963 show at Town Hall. It featured a giant jazz-and-more house band led by trumpeter Steven Bernstein backing a host of killer musicians singing many early-Bob deep cuts. And, in one case, a non-musician: actor Steve Buscemi. He doesn’t need to sing, though; the first word in the title is “Talkin’” for a reason. He delivers the hell out of the song that got Bob kicked off Ed Sullivan way back when.

No reinvention on this list is more wild than Boombox’s “Who Killed Davey Moore?” This one also made our aforementioned 100 Best Dylan Covers Ever list. Here’s what Mike Misch wrote there: “If you like the feeling when you’re listening to a song for a minute and a half before you realize it’s a cover, this one’s for you. Boombox’s pulsating trance track and groovy jazz guitar line give no indication that you’re about to hear a cover of Dylan’s telling of the tragic death of boxer Davey Moore. The cutting words stand in stark contrast to the funky backbeats and flute solo, but you could put this song on in the middle of a party and it’s unlikely anyone would notice.”

The Jayhawks – Ye Playboys and Playgirls

There is a terrific forty-disc – yes, forty – fan compilation of live Dylan covers called Nobody Sings Dylan Like Dylan (named after a record ad tagline from back in the day). It features some live versions of familiar covers, Hendrix doing “Watchtower” or Manfred Mann doing “Quinn the Eskimo,” say – but also many deep-cut covers that never got a studio recording. Here’s one from the very earliest days of the Jayhawks, running through a honky-tonk version of “Ye Playboys and Playgirls” from one of their first shows, in Minneapolis in February 1985. The song wouldn’t stay in their setlists long, so thank goodness some early fan had a tape recorder running.

Every day this week will feature another installment in this series. Coming up: Late ’60s, 1970s, ’80s, and finally ’90s and Beyond. I also write an email newsletter about live-Dylan, for those who want to go deeper.