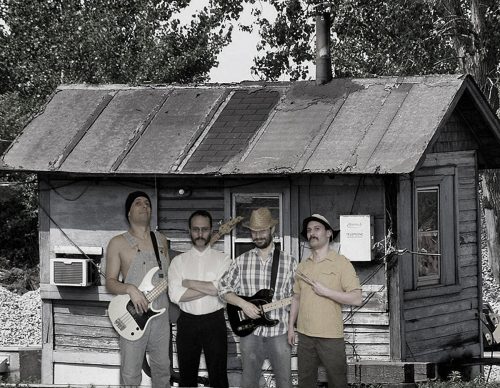 We last saw Chicago’s Red Spot Rhythm Section on Cover Me back in August for their dubby cover of Tom Petty’s “You Got Lucky” from their album length tribute to him. The group is instrumental and works with different vocalists. On their new cover of The Cure‘s first hit “Boys Don’t Cry,” they’re joined by Chicago singer Erthe St. James.

Their version starts off similar to the original, aside from the hand drum, but then dramatically shifts pace into a ska groove reminiscent of the 2 Tone scene that was huge in the UK at the time the original Cure song came out. There are no horns on this track, but the keyboards add the requisite sonics to fit in with that scene. St. James has nothing 2 Tone about him, however; he’s a pure soul singer, which moves the cover into a more American sound.

This is a fun version of a downer of a song, showing off St. James’ voice and the groove that was hiding in this song all along, apparently.