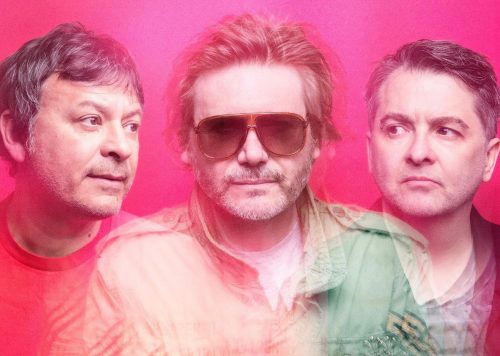 Once self-style “generation terrorists,” Manic Street Preachers are not the first band I’d think of if I was asked to come up with groups likely to cover early Madonna songs. But age mellows us all. Recorded live for the BBC 6 Music Festival in their home nation of Wales, their new cover of “Borderline” is remarkably faithful for a band that started a punk band (sort of).

Instead of the gentle synth, the Manics’ version opens with lead-singer James Dean Bradfield finger-picking his electric guitar. But, though they replaced the original’s synthpop instrumentation with conventional rock band instrumentation (guitar, keyboards, bass, drums), the arrangement is quite similar. Bradfield still has the voice to handle Madonna’s range. It’s a little rough, since it was recorded live, for the BBC 6 Music Festival in Cardiff, but otherwise it’s a pretty faithful cover that manages to up the rock quotient in the song just a bit. Check it out: