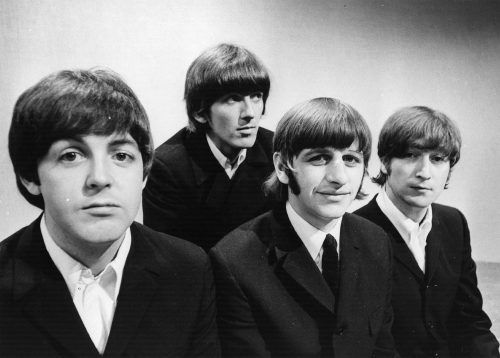 This post has been a long time coming. Any cover song site worth its weight in scrambled eggs has to touch on the most covered song by the most covered band of all time. So now we arrive at “Yesterday” by the Beatles, a song they recorded four days before Paul McCartney turned 23. (They recorded “I’ve Just Seen a Face” and “I’m Down” during the same session – not a bad day’s work, Paul.)

“Yesterday” was the first Beatles song to feature only one member, and the first to feature a string quartet. The lads weren’t especially keen on the song, burying it deep on side two of Help! and not allowing it to be released as a single in the UK. Matt Monro stepped up to release his version two months after the Beatles released theirs. Après Matt, le déluge – over a hundred covers in 1966 alone, over three thousand covers total according to the Guinness Book of World Records (you get the sense that they eventually threw up their hands and stopped counting).

Sinatra, Aretha, Dylan, Elvis – all of them recorded terrific versions. Many more great ones were recorded by artists who weren’t known by only one name. Parodies were recorded by artists from EuFourla to the Beatles themselves (on their 1965 Christmas record). In fact, never has the topic “Five Good Covers” felt more woefully inadequate than it does for this song. Nevertheless, we persist, and we hope you enjoy these five drops in “Yesterday”‘s ocean.

“I think I like Marvin’s best.” That’s from Paul McCartney himself, so you know this “Yesterday” is going to be good. It’s Marvin Gaye singing, so you know it’s going to be great. Paul did chide Gaye and others like him who changed “I said something wrong” to “I must have said something wrong” (“They’re not owning up!”), but he and we know that this is true art–straying from the original melodically as well as lyrically, but retaining and expanding on the song’s feeling. Remarkably, Gaye would take a huge leap the following year, with the release of What’s Going On.

One of the lesser known members of the 27 Club, Linda Jones died of complications from diabetes when she was still just getting warmed up. When it came to her songs, she was known for being uninterested in half measures. Even with a slow ballad like “Yesterday,” she came at it full force, even at the quiet parts. This is soul with a strong, strong heart.

Willie Nelson recorded “Yesterday” for a 1966 live album. More than twenty years later, he teamed up with Merle Haggard to record it again, as a follow-up to their Pancho & Lefty album. It’s instructive to listen to the two back to back; Willie’s voice is more lived in, warmer and sadder. Meanwhile, Merle’s verses show he knows how to extract a tear for your beer.

Florence Ballard was the Brian Jones of the Supremes, the founder forced out too early and gone too soon. In 1968, she recorded a batch of songs for a solo record that never happened in her lifetime. One of them was “Yesterday”; hearing it, it’s not hard to imagine her singing it in a spotlight to rapturous applause. If only, if only…

I’m on record as to why Ray Charles’ take on “Yesterday” is such a key one for me. Rather than risk redundancy instead of elaboration, I’ll let the Genius of Soul speak for himself, but with his voice and all ten fingers, in this great live version. When this is “Yesterday,” I’ll always believe in it.