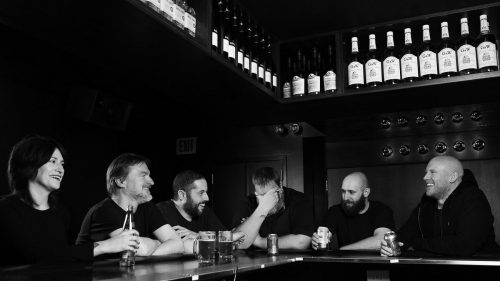 Pink Floyd were one of the ’70s prog rock bands to embrace epic-length tracks. They started experimenting with the form with the title track to 1968’s A Saucerful of Secrets, then got more ambitious a few years later with the title track to 1970’s Atom Heart Mother, a side-long composition cowritten with composer Ron Geesin. 1971 brought “Echoes” from Meddle, then they created probably their most famous iteration with “Shine On You Crazy Diamond” on 1975’s Wish You Were Here.

The climax of the Floyd’s epic-making arguably came with Animals (1977), a 41 minute album with only five tracks, three of which are over 10 minutes long. The longest, and a Floyd fan favourite, is “Dogs,” part of a trio of epics about capitalism in the UK. At 17:08, it is only the fourth longest track the Floyd ever recorded. (It’s also, arguably, less of a suite and more of a coherent musical work, than “Atom Heart Mother” or “Shine on You Crazy Diamond.”)

You’ve got to be crazy to cover a 17 minute song. But Cokegoat, a progressive sludge metal band from Chicago who have been active since 2011, have covered “Dogs” in its entirety for their latest, um, “single.”

I figure the natural tendency would be to just replicate something this long but that’s not what Cokegoat decided. Though they stick to the structure of the song and the length, they deviate from the original sound. The most noticeable way is in the vocals. In the original, the switch from David Gilmour’s voice to Roger Waters signals a change in tone. In Cokegoat’s version, guest vocalist Patrick Auclair is already growling in the opening lines before Rebekah Brown takes over. They use at least three vocalists from early on in the song, which is a stark change. As is the metal growling, of course.

Guitarists Ed Nudd Jeff Wojtysiak avoid imitating Gilmour’s inimitable playing. So much of the Floyd’s appeal, and especially the appeal of the Animals epics, is David Gilmour’s melodic lead guitar parts – the guitarists have decided to rewrite them, even as the band maintains the structure of the song. This change – plus the different vocal arrangement – makes it feel fresh and modern.

Check out our list of The 40 Best Pink Floyd Covers Ever.