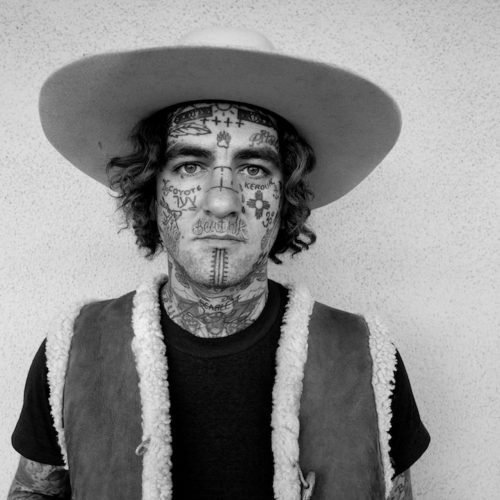 There’s basically no other Stones song like “Sympathy for the Devil” in terms of its arrangement: the opening percussion with Mick’s yells, the sparse music which is mostly just the percussion plus bass and piano until the guitar solo, the bizarre backing vocals. So it makes some sense to ignore that arrangement if you are going to cover such an iconic song. Seattle indie rock band Fences have teamed up with the legendary Bonnie ‘Prince’ Billy to record a stripped down, slower and restrained cover that lacks all of the iconic touches in the original. And this time you can really make out the lyrics.

It starts with just Fences lead singer Christopher Mansfield and simple, muted backing from a guitar, bass and a barely audible organ. Will Oldham (aka Bonnie ‘Prince’ Billy) takes over for the second verse and plays with the lyrics, updating them slightly for the 21st century. Mansfield joins him for the chorus and then Oldham takes lead from then on. Aside from the completely different arrangement and slower pace, the cover’s major departure is a brief coda where they ask “What’s my name?”

Check out our list of The 50 Best Rolling Stones Covers Ever.