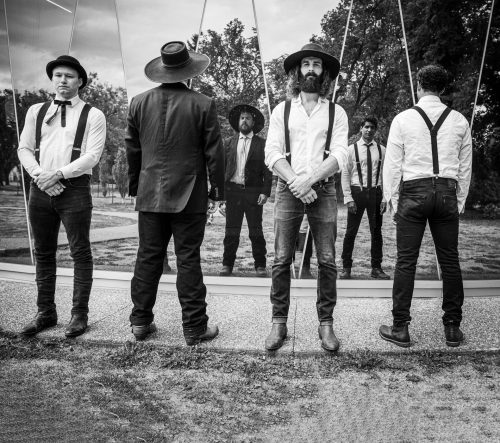 Though it wasn’t their highest charting hit, “Chop Suey” is arguably System of a Down’s most iconic song, both because it was their most successful single in terms of total sales and because of its inimitable mix of metal and high melodrama. It sounds like nobody else, and it’s hard to imagine someone else doing the song. Especially this way…

The Dead South are, despite their name, a Canadian bluegrass band active since 2012. Like many 21st century bluegrass bands, they specialize in a style of bluegrass that is heavily influenced by rock music, even though they play acoustic instruments. And, given the acoustic elements in “Chop Suey,” it sort of makes sense that someone would eventually try a bluegrass cover.

In fact, the opening of the song could be mistaken for the original, at least until the banjo enters. The band manage the frenetic verses well, as you would expect from a fast-pickin’ bluegrass band. Lead singer Nate Hilts struggles a little bit to handle Serj Tankian’s rapid fire speak-singing on the verses but he handles the more traditional vocal parts with aplomb, as well as the “Die!!!” that we’re all waiting for. And the rest of the song is exactly what you’d expect when you read “bluegrass ‘Chop Suey.”