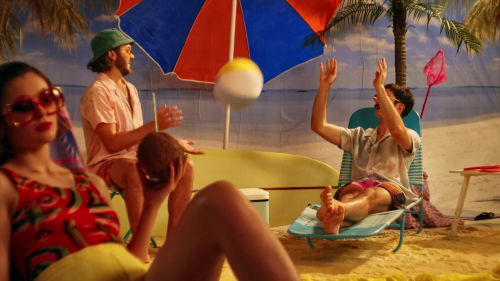 March 11 sees the release of a new Rewiggled compliation album, a sequel to the 2011 album of the same name, where The Wiggles will provide a side of covers, and have their songs covered by other artists. Ahead of the album launch, indie pop group San Cisco has released their cover of “H.O.L.I.D.A.Y,” which will appear on the album.

The cover is relatively straightforward, there’s no dramatic changes in rhythm or tempo, but the track is transformed by a change in instrumentation. San Cisco add electric piano and highlighted acoustic guitar to give the track a dreamy, slightly druggy feel. The track is still nicely upbeat, making it perfect for those upcoming spring and summer parties. Check out the cover below.