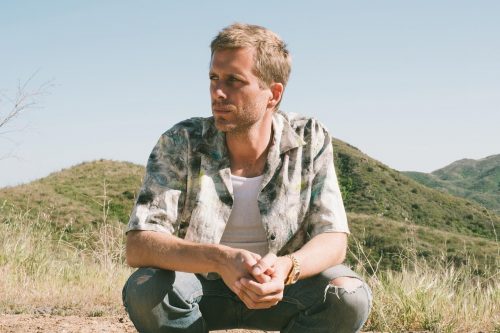 L.A. rock band AWOLNATION dropped a new cover of Midnight Oil’s “Beds Are Burning,” off their forthcoming covers record My Echo, My Shadow, My Covers and Me, and the original band approves. Midnight Oil drummer Rob Hirst said, “A tough new light on our old song! The whistle near the end is a deft touch…congrats AWOLNATION and Tim on doing a brilliant job!”

The Tim he refers to is Tim McIlrath of veteran punk band Rise Against, who joins AWOLNATION main man Aaron Bruno on the track. McIlrath explained their connection: “When I met Aaron years ago at one of our shows at the Coliseum in L.A., he disclosed his past time spent in hardcore bands, and we bonded over that. I’ve always been a fan of his, both as a person and his music, so it was an easy decision to guest on his version of Midnight Oil’s ‘Beds Are Burning.’ It didn’t hurt that I also love the song and all it stands for. I’m really impressed with the ways in which he made it his own because it’s not an easy song to reimagine.”

And AWOLNATION’s Bruno said why he chose this song to cover for the album: “Ever since I was much younger, I would sing along to this song. The singer may have the coolest dance moves in music video history. I think this song speaks for itself in terms of the message and meaning of the song. I was excited that Tim from Rise Against performed on this one in particular, given the power and influence his lyrics and music have had for so many years.”

Check out AWOLNATION’s “Beds Are Burning” video below, and the album tracklist below that. The full thing comes out May 6.

MY ECHO, MY SHADOW, MY COVERS AND ME Tracklist:
Beds Are Burning (featuring Tim McIlrath of Rise Against)
Eye In The Sky (featuring Beck)
Take A Chance on Me (featuring Jewel)
Maniac (featuring Conor Mason of Nothing But Thieves)
Just A Friend (featuring Hyro The Hero)
Material Girl (featuring Taylor Hanson of Hanson)
Wind of Change (featuring Brandon Boyd of Incubus & Portugal The Man)
Waiting Room (featuring Grouplove)
Drive (On digital only
Flagpole Sitta (featuring Elohim)
Alone Again (featuring Midland)

Check out our recent feature on the best “Beds Are Burning” covers.