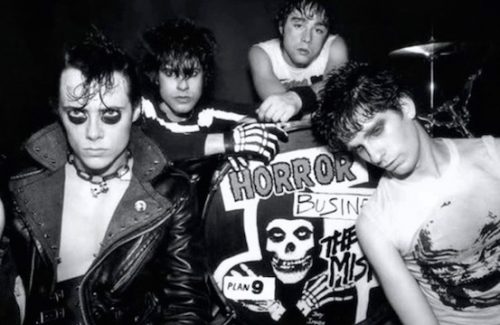 Let’s start with the chorus. “Where Eagles Dare” by the Misfits has one of the most insanely catchy choruses ever written, one that demands to be sung at the top of one’s lungs. Ironically, it’s a chorus that you’ll never hear on commercial radio, what with its using swear words (no matter what Archie Bunker says). But when you do hear this song, whether in a club or a set of headphones, just try not to bang your head or punch the air.

Seeing as how it’s impossible not to sing along, you can be sure it’s not impossible to find covers of “Where Eagles Dare.” Many of them are musical soundalikes, landing their punches just as hard as the original did (and does). But, as always, the ones we’re most interested in are the ones that take the song to another place. Of these…

The Ivy Levan cover is better.

And the David Pajo cover is best.

Take It, It’s Yours was one of our top 10 cover albums of 2016, and the intervening years (all five and a fraction of them) haven’t dimmed our appreciation. With “Where Eagles Dare,” Katy Goodman and Greta Morgan achieve the antonymic accomplishment of making the song soft, yet tough. Their voices swirl together like match smoke, cool to the ear but hot to the blood.

Ivy Levan’s cover of “Where Eagles Dare” begins with an off-kilter horn, then adapts a lurching rhythm, one that stops and starts on occasional whim, just drunk enough to be dangerous. Levan follows with a vocal Grace Jones would be proud of, skulking low and snarling harsh. Prediction: You won’t be able to listen to it just once.

David Pajo has stayed busy since his time in Slint, one of the most critically hosannahed bands of the ’90s. One of his projects was Scream With Me, a collection of acoustic Misfits covers. Far from matching Glenn Danzig’s roar, he brings the songs down to mew level. “Where Eagles Dare” finds Pajo turning a defiant chorus into a dark secret. You might feel the Misfits version coursing through you late at night, but this is the version you’ll feel ten minutes into the morning after.