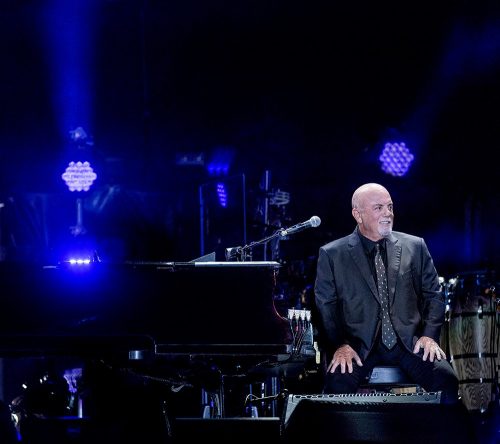 Billy Joel isn’t taking too many wild musical swings these days. His performing life mostly revolves around a once-monthly helicopter commute from Long Island to Madison Square Garden, where he has performed in-residence, save for a pandemic pause, since 2014. While some artists use their runs at the Garden to pull out deep cuts or spontaneous stunts, the hallmark of Joel’s performances—which now exceed 100—has long been their reliability. In a given MSG setlist you can count on hearing all of Joel’s hits in fine form, albeit in a slightly different jumble from month-to-month. A surprise grab might constitute relative standbys like “Zanzibar” or “All For Leyna.” Even in the realm of covers, Joel and his long-running band haven’t gone much beyond a trusty rotation of karaoke rock anthems. Play it, Piano Man.

So when Joel occasionally breaks away from his usual live routine, even slightly, it’s worthy of a curious eyebrow raise, some encouraging applause and, perhaps, a (mildly snarky) news post. On the occasion of leaving his home turf of Madison Square Garden for a weekend jaunt to perform in Las Vegas, Joel and his band performed a rare cover of Procol Harum’s “A Whiter Shade of Pale.” The song was performed in memory of the late Gary Brooker, Procol Harum’s lead singer, who passed away in mid-February.

Joel has medleyed excerpts of “A Whiter Shade of Pale” in past concerts; fan setlists point to a pair of Cincinnati live shows in 2016 and 2021. But this Las Vegas version appears to be the first time the psychedelic-rock classic has been covered in full by Joel and his band. The audience-shot footage sounds a bit thin, but what cuts through is Joel’s mellowed and refreshingly earnest performance. Sitting back into the song’s trippy melancholia, it’s a welcome mode change from the usual big, eager energy of Joel’s live sets.

Check out the Procol Harum cover below. Billy Joel’s hometown residency at MSG presses ever onward, with the next performance taking place on Thursday, March 24th. The odds aren’t great that we’ll hear another rare cover from Joel so soon — but if there is indeed another bust-out of this caliber, we’ll be sure to report back.

Check out our list of The 40 Best Billy Joel Covers Ever.
Check out more Procol Harum covers here.