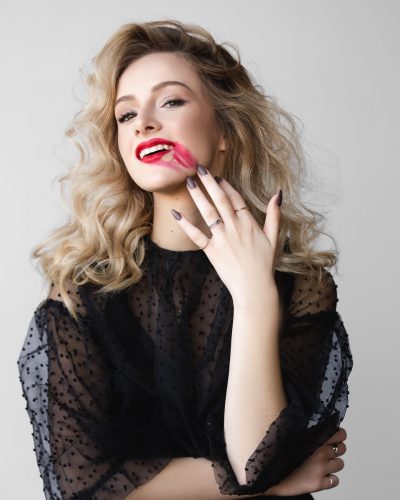 French-Canadian singer Felicia Caux, who goes by the mononym Felicia, has been performing professionally since age 12. She’s been a member of a theatrical singing troupe, Cool Kids, who have recently been rebranded as NCK (Nos Cool Kids). Felicia’s cover of “Get Lucky,” Daft Punk’s song of the summer for 2013, feels like a stab at making more adult music, given her career singing kids movie soundtracks. It’s slow, brooding and intense. At first, I thought it might be trying to reinterpret the track sinisterly in light of singer and co-writer Pharrell’s involvement in “Blurred Lines.”

The cover begins with thumping foot-stomping and hand-claps. A piano chord echoes in and out of the track. The pace is extremely slow. Felicia’s vocals are sultry, yes, but there is an edge to them, aided by the accompanying bluesy slide guitar and ominous synth. This brief, moody version – and its perplexing video – give new ambiguity to a song that most people associate with good summer vibes and dancing.