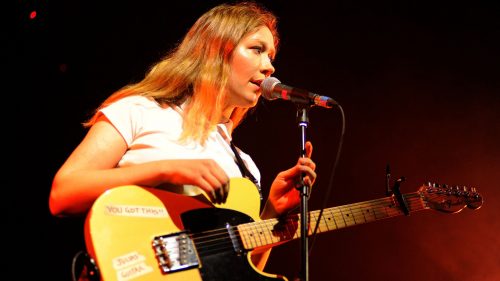 As a part of a retrospective on English folk singer-songwriter Bill Fay, Julia Jacklin has just released a cover of his yearning ballad “Just To Be A Part.” The original version has Bill Fay at the piano, with a persistent high hat and a can-filling contribution by the rest of the band. There is urgency in his vocal, with the electric guitar wailing like yells and groans of desperation.

Jacklin’s cover builds more slowly, starting with her trademark indie guitar sound, before building the rest of the band and double tracked vocals in for a swelling, powerful finish. The song structure of starting solo and then adding more band elements as the song progresses is still here, but the clean crisp indie tones take this song to another level. Check out the track below.