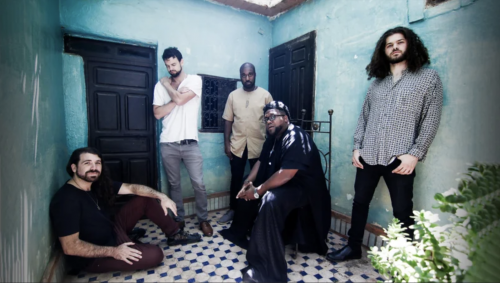 The Main Squeeze have shared a version of John Lennon’s “Jealous Guy,” filmed live at the band’s home in Los Angeles. In keeping with the group’s signature funk-rock, The Main Squeeze’s cover takes its cues specifically from Donny Hathaway’s fiery arrangement, released on his iconic 1972 Live album, just one year after the original Lennon studio cut.

Hathaway’s “Jealous Guy” is so iconic that it almost rivals Lennon’s as the song’s definitive version: loose piano trills, tripped-up pulses in the drums, vast amounts of space in the groove. The arrangement ping-pongs between longing and unfettered musical joy, and The Main Squeeze follow Hathaway’s map here fittingly – and thrillingly – down to the letter. Worth calling out as well is featured saxophonist Grace Kelly, a frequent presence among various funk ensembles and a bandleader in her own right. Kelly busts out an alto solo that brings the cover to new heights and keeps it there, simmering through until the song’s jammed-out finale.

Check out The Main Squeeze’s cover of John Lennon’s “Jealous Guy” below.