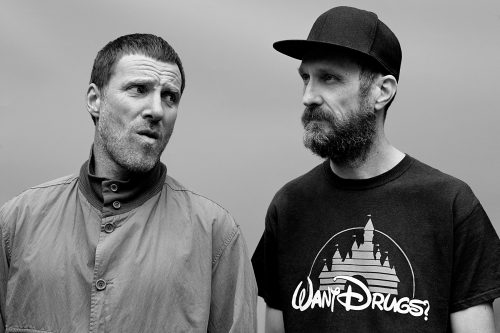 The UK’s Sleaford Mods are known for their brutal, industrial beats and gruff, politically motivated lyrics. So it was a surprise to me to see the release of their cover of Yazoo’s (aka Yaz in America)’s hit, “Don’t Go” and of even more surprise to learn it’s been a feature of their recent live sets.

On their cover, the original melody and beat has been preserved, but are passed through various filters that turn the pessimism up to 11. While it’s still very danceable, frontman Jason Williamson’s gruff delivery of the lyrics means that you might lose yourself in thought rather than in the music. Check out the cover below.