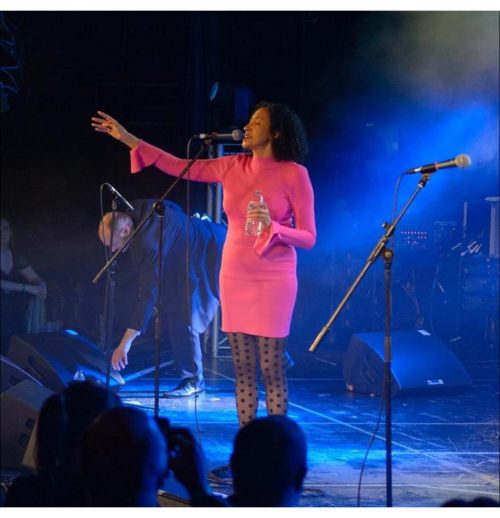 For many, “The Man Who Sold the World” is one of David Bowie’s most famous songs, due to Nirvana‘s not-actually-unplugged cover on their MTV Unplugged in New York album. That cover, which is not that far off Bowie’s original, introduced a whole generation in North America to a song (and album) that dates before Bowie’s commercial peak. (There is a Lulu version that was a hit in Europe but I don’t think that ever crossed the pond.)

British singer and The Specials collaborator Rhoda Dakar, on the other hand, grew up with the song and with Bowie dominating British culture in a way he never did in North America. The lead singer of the Bodysnatchers was apparently inspired by an old reggae cover she heard back then. “There had been the traditional reggae version of the title track back in the day, but the vocals lacked commitment, so we thought we’d do a proper, modern version,” she said.

Once you hear it, it makes a lot of sense. Dakar’s vocal is more impassioned and less far less laconic than Bowie’s (or Cobain’s) but musically the song isn’t actually that different. Now that I’ve heard it, a reggae version feels almost obvious. The iconic lead guitar part, which Nirvana couldn’t refrain from plugging in for, is handled by a distorted harmonica. And there’s a solo, which gives the song a little more of a unique twist on the coda. Though apparently this isn’t the first reggae cover, it does feel like a fresh take on the song.