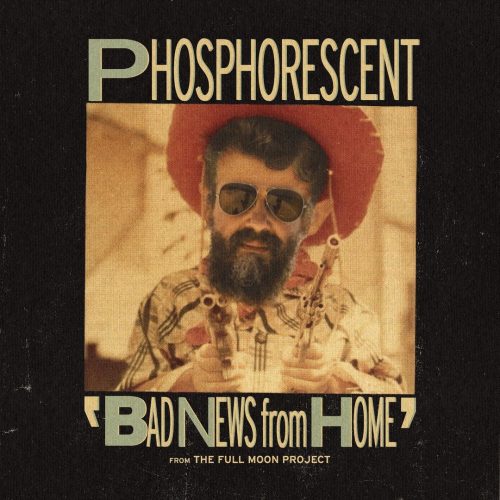 Back in 2009, indie folkie Phosphorescent released the gorgeous Willie Nelson tribute album To Willie. He hasn’t been too profilic on the covers front since, save the occasional tribute album appearance, but that might be changing. He just launched something mysterious called The Full Moon Project with a cover of Randy Newman’s 1988 gem “Bad News From Home.” From the name and logo, Stereogum speculates The Full Moon Project will run from January through December. A new cover every month, perhaps?

Performed solo by Phosphorescent’s Matthew Houck on what sounds like acoustic guitar and synths, his “Bad News” doesn’t differ too much from Newman’s original arrangement. Houck amps up the atmospherics though, and sells the hell out of the ominous and threatening lyrics. We certainly hope this is the start of a new run of covers from him. Check back next month I guess.