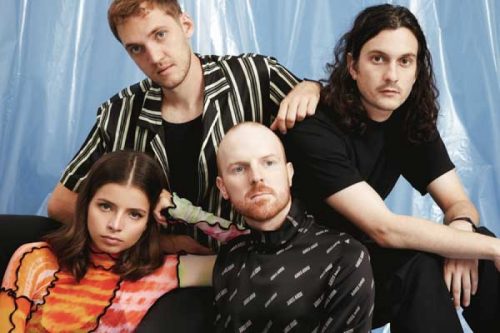 Brisbane based Aussie indie rockers The Jungle Giants recently appeared on Australian radio station Triple J, where they performed thier track “Love Signs” as well as a cover of Calvin Harris and Dua Lipa‘s “One Kiss.” “We picked the song because we’ve all kind of been Dua Lipa addicts, we’ve just been following her religiously.” said vocalist Sam Hales. “One of my favorite elements of the track is that it’s really quite housey but it’s really pretty. So, when we were trying to make it we tried to follow that kind of arrangement.”

They were true to Hales’ word. The track retains the catchy melody and keyboard arrangements of the original, but have turned down the house element to make it suit their indie rock sound. Check out the cover below.