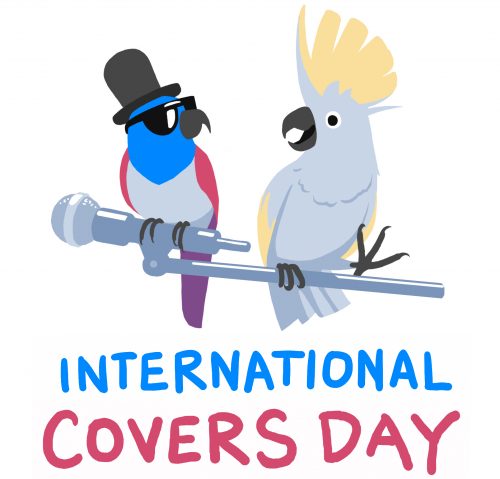 Mark your calendars: February 5th is “International Covers Day.” Jana Komankova, a DJ at Prague’s Radio 1, founded the holiday last year during the pandemic and is hoping it will catch on outside the Czech Republic’s borders. We’re certainly happy to support the cause, so we hit her up with a few questions about the new holiday – and some recommendations for interesting Czech cover songs.

Where did the idea for International Covers Day come from?
I was listening to a lot of cover songs during the last year. I have been a music fan since my teenage years, and there were times when I was into more dancey stuff but as I am growing older, I appreciate great songwriting more and more. I kept finding out that some of my favourite songs were actually by other people (lots of Cohen, Dylan or old punk groups). And, thanks to the current technology, it has been easy to discover more and more versions of various beautiful songs. As a website dedicated to the art of cover songs you know. Some of the covers open new vistas, some are for fun, and some make the original shine in a new way. I thought we might as well appreciate the art of a cover version. I do hope the idea catches up internationally!

Why did you choose the release date of Nick Cave’s Murder Ballads album – Feb 5th – for the date?
Searching for an epitome of a great cover version that would have some universal appeal and also be great enough for the picky, I found Nick Cave’s “Death Is Not The End” (originally by Bob Dylan) to be very fitting. So I chose the day of the release of this album that is both deep and fun, and also timeless. I remember reviewing it when I was a very young music critic, so it has also some special appeal.

What are you planning to play on the radio this year?
Prague’s Radio 1 is going to have a whole day of covers. It is an indie station that has specials such as “a day with musicians” where independent musicians come to DJ, and a day with covers is one of them. As we speak I am working on a long night playlist for a special edition of a new-ish show called Sleepclubbing. In Sleepclubbing, I, along with Mr. Petr Soukup, make long night shows with mostly pensive songs and having a special with covers is something very compatible with the tone of the show. This year there will surely be some Carter USM, Bill Callahan, something from the Velvet Underground tribute album (probably “Heroin” as covered by Bobby Gillespie and Thurston Moore) and some more obscure things such as Dean & Britta, plus a few dub tracks for a good measure.

Thanks Jana! She was also kind enough to send over a few noteworthy covers from the Czech Republic. As she explains, covers play an important role in Czech history – though not always in a positive way: “Before the revolution of 1989 when Communists ruled, there was a very limited supply of foreign music, and some of the songs were heard only with Czech lyrics as covers (one has to admit that sometimes, the lyrics were not bad at all; the music usually was, especially pop).” Here are a few Czech covers Jana recommends czeching out (terrible, sorry).

“Ghost Riders in the Sky” is a big 40s song that has been covered by many and served as an inspiration to the Doors’ “Riders on the Storm.” Sometime in 1949 there was a Czech cover that had a bit less grim lyrics (there were shining riders that took a dying cowboy with them for his last ride) and later on another, this time with lyrics more akin to the original, The “Devil’s steed” in this version has its merit. The Czechs are big country fans so there are 7(!) covers of this song with Czech lyrics. Let’s listen to this one. Wabi Daněk was a Czech respected folk and country singer songwriter, one of the most famous ever.

Lucie Bílá is probably the most famous Czech female pop singer. This ’80s rendition of the ’70s Nina Hagen piece got the attention of a creative duo that wrote her most famous song. They saw this very TV show and decided the voice is so great they want to write songs for her. So she became a star thanks to this cover.

I am rather partial to this cimbalom cover of Bon Iver’s “Wash” by a band called Ponk that tries to use traditional Czech/Moravian elements and mix them with the current music. They are a trio from Brno that has a penchant for blues, rock and current singer songwriters, but want to explore their roots and local traditions.

“Boty proti lásce” literally means “Boots against love,” and the singer is claiming that her shoes can make her immune to love because love “brings only sadness and expenses”, and later makes it clear that the shoes are in her soul not on her feet (most of the lyrics are pretty much a translation, but this is a bit of an added idea lol). “These Boots Are Made For Walkin'” was released in 1966 and this cover is still the sixties.

Bob Dylan’s classic song “The Times They Are a-Changin'” was very popular in the sixties in this version. Golden Kids was a short-lived pop trio. They formed in 1968 but when Marta Kubišová (the brunette singer) was banned for her anti-communist stance in 1970, the band had to split up. This song was also sung during the demonstrations of the Velvet revolution in Prague in 1989 and also when commemorating the 1968 Soviet invasion to the Czech Republic. The Czech lyrics talk about times changing, indeed, so it was fitting.

Thanks Jana! Though the official holiday isn’t until February 5, Prague’s Radio 1 is airing an International Covers Day special today (Jan 27) and you can listen from anywhere in the world right now. Jana also maintains a massive 2,000-covers-strong International Covers Day playlist on Spotify.
Cover Me is now on Patreon! If you love cover songs, we hope you will consider supporting us there with a small monthly subscription. There are a bunch of exclusive perks only for patrons: playlists, newsletters, downloads, discussions, polls - hell, tell us what song you would like to hear covered and we will make it happen. Learn more at Patreon.