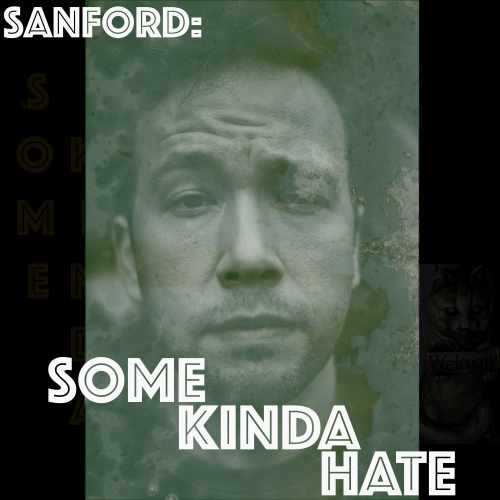 “Some Kinda Hate”, by hardcore punk pioneers Misfits, is a song that’s ripe for reinvention. Recorded for the band’s shelved Static Age album in 1978, an overdubbed version of the track was released on the outtakes collection Legacy of Brutality in 1985. The unedited version stayed in the vaults until the entire Static Age album was finally released in 1996. Since then, “Some Kinda Hate” has been covered numerous times, but rarely in a way that deviates far from the original.

Brooklyn-based band Sanford, led by frontman Jay Sanford, have taken a different approach and put the song into a blender with a number of different genres. Jay’s powerful vocals and the lilting 6/8-time beat make it sound like a soul ballad, while the cascading slide guitars bring the country grit and a hint of the song’s punk origins. There’s even a psychedelic instrumental break about halfway through. It’s very effective, and a reminder that even the hardest-rocking punk song can be recast into something gentle and soulful.

Meanwhile, the music video features Jay getting punched in the face and being force-fed a lot of ice cream and grapes.