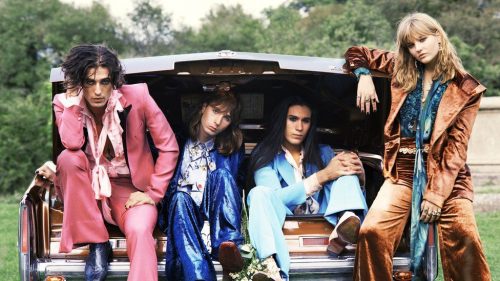 As a part of the recent American Music Awards (AMAs), Italian rockers Måneskin were invited to perform their smash hit cover of Frankie Valli and The Four Seasons’ “Beggin’.” The band had been nominated for the ‘Favourite Trending Song’ of 2021 thanks to their version of the 1960s hit.

There’s no doubt the Måneskin version rocks far harder than the original. Gone are the strings and simple piano backing, in their place strong guitars and a bounding kick drum, all while retaining the original pace and rhythm. Where I think this cover excels is in front man Damiano David’s vocal. It’s far stronger than Frankie Valli’s but has just enough of a vibrato to almost relate back to how Valli could have sung it in front of a rock band.