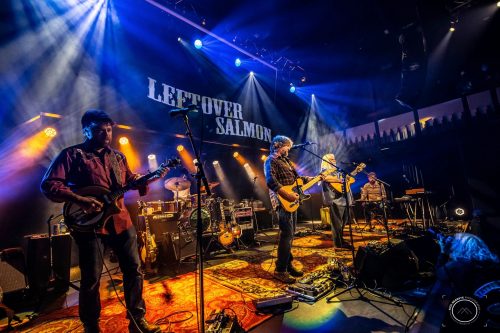 “Roses are Free” is a bit of a transitional song for Ween. Contained on their first professional-sounding album, Chocolate and Cheese, it sounds closer to their earlier sound than just about any other track on that record, in part due to Gene’s high-pitched vocals. The song is a litany of advice, many of it absurd, which suggests that following social conventions without thinking may not get you anywhere.

Though it’s been played by Phish a bunch, it’s otherwise not one of Ween’s more covered songs. So just the existence of a new cover is kind of cool. And though the cover is a few months old now, the mention of tinsel in the song gives the cover a slightly Christmas feel. (I mean, just a little.)

But though Leftover Salmon play it quite straight to start, they have no intention of just staying that way. Instead, as is their wont, Leftover Salmon jam it out, with both an extended banjo solo in the middle and an electric guitar solo in the latter half. This is what jam bands do of course, but this is even longer and jammier than the average Phish version. Check it out below: