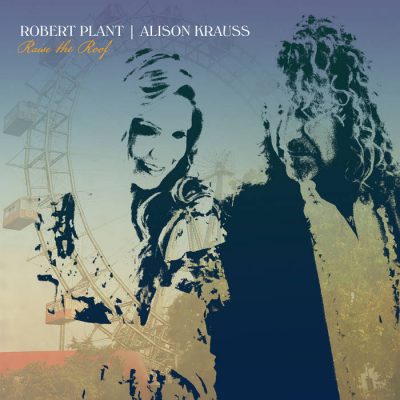 When word got out that Robert Plant and Alison Krauss had reunited to record a follow-up to Raising Sand, their 2007 Grammy winner, music fans everywhere were excited, but nervous about whether they could find another flash in that particular pan. They needn’t have worried. With T-Bone Burnett also returning in his producer role, Plant and Krauss continue to bring up more gold from the vein of cool murky Americana they unearthed fourteen years ago. Covering the likes of Anne Briggs, Merle Haggard, and Calexico, they shape and burnish and decorate, keeping the old and finding the new within it. If they continue to record together at this rate, we can expect their third album in 2035. If the results are this good, I’m ready to wait. – Patrick Robbins 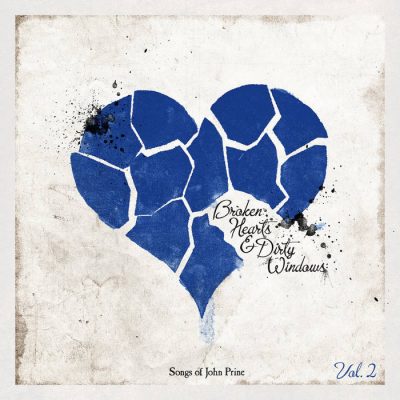 Bandcamp | Amazon | Spotify | Apple Music
Coming 11 years after the first volume of John Prine covers released by his own label, Oh Boy, but only a few months after his death, this collection seems to be more narrowly focused in the folk/country/Americana genres than the first set. But that doesn’t take away from the quality of the work. Prine’s songwriting is, of course, of the highest order, and the artists covering him here are of a similar quality. It’s really hard to pick favorites, but Brandi Carlile’s opener, “I Remember Everything” is great, Nathaniel Rateliff’s “Pretty Good” is better than that, and Jason Isbell and Amanda Shires, who were both very close to Prine, each honor their friend; Isbell’s take on “Souvenirs” rocks a bit harder than the original, while Shires’ “Saddle In The Rain” rocks even harder, and ends with some wailing fiddle.

But Prine has also written some of the saddest songs ever, and the album includes excellent covers of two of them: “Sam Stone,” about the overdose death of a veteran touchingly delivered by John Paul White, and “Hello In There,” Prine’s reflection of the loneliness of aging, is devastatingly sung by 74-year-old Emmylou Harris.  And speaking of aging, I was surprised to hear Bonnie Raitt revisit her iconic cover of “Angel From Montgomery,” in a more subdued way.  Of course, now, when Raitt sings “I am an old woman,” it sounds more appropriate at age 72 than it did when she first released the song as a 24 year old, back in 1974. It’s a fine tribute to a great and influential songwriter and musician, and his family has indicated that more volumes are under consideration. – Jordan Becker 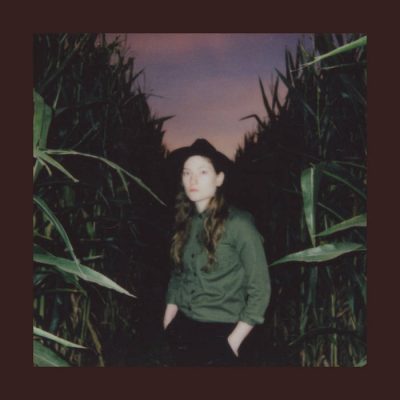 I’m late to the Lauren O’Connell fan club; I only discovered her this year, when we were putting together our Paul Simon birthday tribute and I uncovered her cover of “Graceland.” That cover, along with covers ranging from Dusty Springfield to Vampire Weekend, had just been compiled onto Covers Three. O’Connell is a one-woman show, arranging and performing everything on the songs, and she very much brings her own voice to these songs. I especially like her take on Guided by Voices’ “Game of Pricks,” which she turns into a quietly defiant feminist anthem. Guaranteed I’ll be listening to more of her work well before Covers Four comes out. – Patrick Robbins 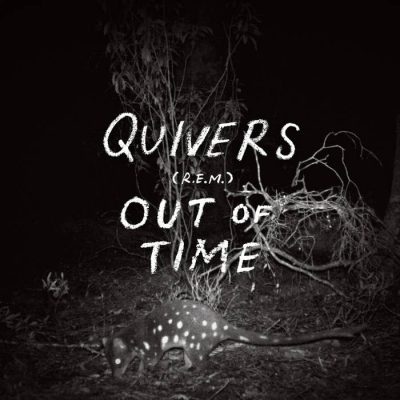 We’re big fans of Sounds Delicious’s “Turntable Kitchen” vinyl series. A few times a year, they commission an artist to cover some album in its entirety. Not every one’s a winner, of course, but when the artist delivers they’re hard to beat. In 2019, Jenn Champion’s Blue Album (Weezer) made our year-end list. In 2018, The Pains of Being Pure in Heart’s Full Moon Fever (Tom Petty) and GEMS’ Imagine (John Lennon) both made it. This year, Australian quartet Quivers served up a phenomenal take on R.E.M.’s 1991 classic Out of Time. They do justice to the hits and give equal love to the deep cuts. “Shiny Happy People” gets psychedelic. “Country Feedback” becomes a piano ballad. “Losing My Religion” loses the mandolin riff, but keeps just enough jangle to do Peter Buck proud. – Ray Padgett 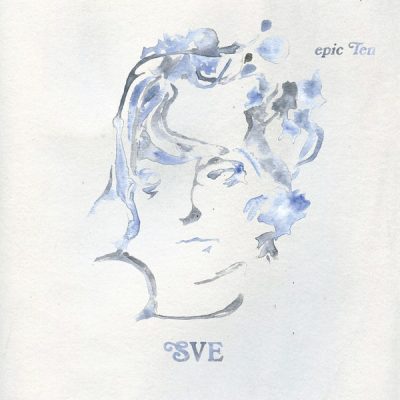 It’s a brave artist who chooses to cover any of the seven tracks on Sharon Van Etten’s 2010 album epic. They have to connect, first off, with deeply personal songs the singer wrote in a New Jersey basement after escaping an abusive relationship. They’re also faced with the impossibility of singing them with the same conviction and power as Van Etten, as well as matching her low, quavering tones, and her immaculate self-harmonies. Yet the assembled luminaries on epic Ten, all invited by Van Etten to help her mark the tenth-anniversary reissue of her momentous second LP, bring other strengths to the table. And emphatically so!

Big Red Machine, AKA Bon Iver’s Justin Vernon and The National’s Aaron Dessner, are the first of Van Etten’s friends to apply their distinctive talents to a stunning and utterly convincing set of reinterpretations. They bring heavily strummed and squalling guitars to “A Crime,” making it bigger, and more urgent. UK band Idles go one louder with an impressive punk makeover of “Peace Signs,” featuring vocalist Joe Talbot screaming out the titular phrase to convey the utter desperation at the heart of the song. Lucinda Williams, meanwhile, lends whiskey-soaked gravitas to “Save Yourself,” Courtney Barnett wryly reinvents standout track “Don’t Do It,” and Fiona Apple gets top marks for a remarkably empathic and angelic reading of “Love More.” – Adam Mason 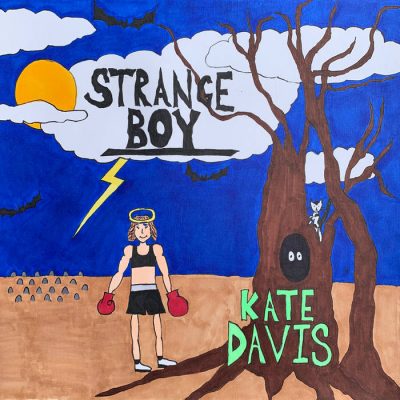 If you’re a Daniel Johnston fan already, you’ll love Kate Davis’s tribute album. And if you’re not, if you’ve perhaps found his eccentric own recordings weird or off-putting, this could be the album to invite you in. She tackles every track on Johnston’s seventh cassette Retired Boxer (which includes “True Love Will Find You in the End,” the one Johnston song non-fans are likely to know), bringing a poppy energy to these songs. “When I first heard Daniel Johnston I was struck by the directness and clarity in his writing,” Davis said. “I wanted to gain perspective into that directness.” As interludes between the songs, Davis includes recordings of her friends sharing memories that they have of Johnston, often sped up to give the impression of someone fast-forwarding through a cassette tape just like the ones Daniel used to make. – Ray Padgett 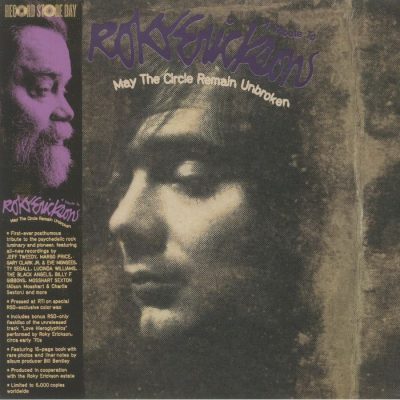 4. Various Artists – May The Circle Remain Unbroken: A Tribute To Roky Erickson

This posthumous tribute was the brainchild of producer Bill Bentley, who served as an executive producer for 1990’s iconic Roky/13th Floor Elevators tribute album Where the Pyramid Meets the Eye as well. It brings together contemporaries such as Billy Gibbons (a struggling musician in the same 1960s Texas as Roky), tribute album mainstay Lucinda Williams, and other, younger, and more surprising artists like Margo Price. A mix of simpatico recreations and righteous re-envisionings, overall I feel it hangs together better than that first tribute album. Highlights include Neko Case’s near-unaccompanied vocal “Be and Bring Me Home,” Gary Clark Jr.’s rough and ready “Roller Coaster,” and The Black Angels’ stoned psychedelic “Don’t Fall Down.” This thoughtful compendium of styles and stances offer a compelling tribute to this man and his mind. – Seuras Og 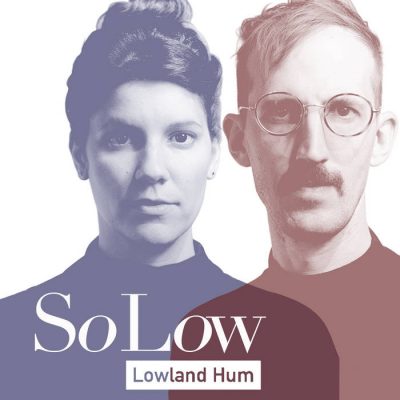 Bandcamp | Amazon | Spotify | Apple Music
“Minimalist modern folk” husband and wife duo Lowland Hum create a powerful record with their song-for-song cover of the entirety of Peter Gabriel’s 1986 album So, cleverly titled So Low. The band mostly use few instruments, Daniel and Lauren’s voices, an acoustic guitar, a few loops, and a few judicial overdubs. It feels like the exact opposite approach to the material that Gabriel took when he wrote the songs.

So Low removes most of the window-dressing from an album full of, pardon the pun, so many different sounds. All that is left are Gabriel’s songs, performed prettily. We’re reminded that Peter Gabriel is a great songwriter, regardless of the elaborate production. And if we just remember Gabriel for gated drums or incorporating world music, or his innovative music videos, we’re missing a crucial part of his legacy. Fortunately, Lowland Hum are here to remind us. – Riley Haas 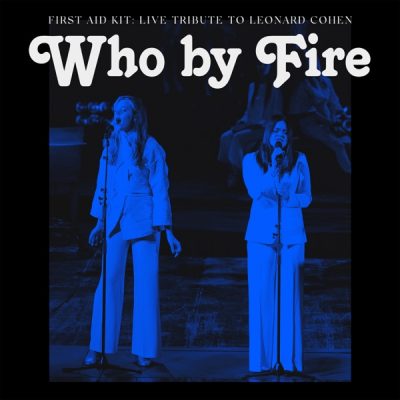 We’ve been waiting for this album for a long time. In 2017, I wrote about the sisters Söderberg’s Leonard Cohen tribute in Sweden, “If they had released the soundtrack, this might have been our favorite covers album of 2017.” They didn’t release the soundtrack then, or for the next four years either, but we’ve kept pushing. Writing about it in our Best Leonard Cohen Covers list in 2020, I wrote, “It is beyond me how no record label has yet turned First Aid Kit’s magisterial 2017 tribute concert into a proper album.” So, despite no evidence that anyone associated with the band was paying the slightest bit of attention to my pleas, I’m prepared to take full credit for this finally – finally! – seeing the official light of day. To say it was worth the wait is an understatement. These covers sound every bit as good as they did in 2017, blending Cohen classics, deep cuts, and snatches of poetry alongside special guests and a full orchestra and choir. It’s been the best Cohen covers concert bootleg for years. Now it might be the best Cohen covers album too. – Ray Padgett 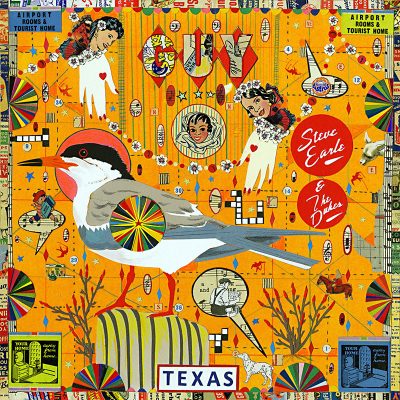 Let’s start with the barer facts. Justin Townes Earle was a mighty fine songwriter. His father, Steve, still is. Earle Sr. has only made three cover albums, all tributes. The first two, Townes (Van Zandt) and Guy (Clark), are dedicated to his two greatest influences. Earle doesn’t pay tribute lightly: you gotta be pretty damn good at your trade to get his nod. His son Justin, who died of an overdose last year, was pretty damn good, and J.T., Steve Earle’s tribute to him (released on what would have been his 39th birthday), is all the proof of that you need.

Taking a moment to skirt around the genesis of this record, this is also a first-class Steve Earle record, as folk begin to search for “returns to form,” the lot of any mature artist with a body of work extending into dozens. This is Earle and the Dukes playing to their strengths: a solidly hewed chunk of classic Americana, the instrumentation brimming with fiddles, steel, dobro and acoustica, never forgetting the 4/4 backbeat of bass (often stand-up) and drums. To my ears this is his best since 1997’s El Corazon. J.T. is a wonderful piece of work, a tribute fitting, heartfelt and true. – Seuras Og