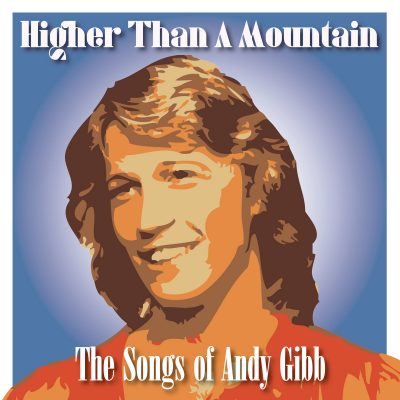 20. Various Artists – Higher Than A Mountain: The Songs of Andy Gibb

Bandcamp | Amazon | Spotify | Apple Music
Even to the most optimistic and open-minded Gen X-er, an Andy Gibb tribute album is a hard sell. His music is generally regarded as a sweet but kitschy sonic artifact of the ’70s because, yes, it kind of is. I admit when I first got wind of Higher Than A Mountain: The Songs Of Andy Gibb, I was overcome with a severe bout of skepticism. Still, as I’d been “in love” with Gibb as a kid, and allowed his shirtless facade to cheerfully watch over my room from a poster for at least a year, I wanted to hear it. Much to my surprise, it’s turned out to be my favorite tribute album of 2021. Higher Than A Mountain features versions of all the best-known Gibb hits (many co-written with his brothers, the Bee Gees), the majority of which are performed in unapologetic anthemic/romantic power-pop style. The style only serves to accentuate the innate melodic majesty already built into the tunes (those Gibbs knew what they were doing). Within these chunkily-guitar-ed environs, even the cheesiest lyrics seem to burn with the glorious fire of a thousand junior high dance disco balls. Assembled by Portland’s Curry Cuts label, Higher is an astonishingly good, endlessly infectious, and wonderfully weird listen. – Hope Silverman 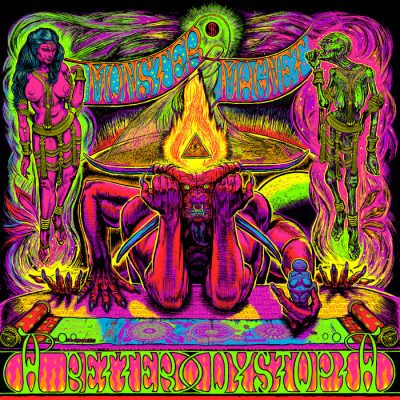 Bandcamp | Amazon | Spotify | Apple Music
There’s a good chance you will know few to none of the bands covered on A Better Dystopia. Poo-Bah? Josephus? Table Scraps? The Cave Men? Jersey heavy rock vets Monster Magnet tackle what they describe as “a delightfully psychotic selection of proto-metal and late-era psych songs.” It’s the deepest of deep cuts here, the band honoring some of their underground heroes who never got their time in the sun. If you like heavy psychedelic music with healthy dashes of garage rock and doom metal, A Better Dystopia will hit the spot. – Ray Padgett 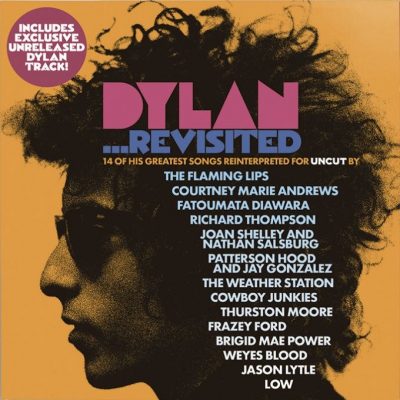 Uncut | Discogs
Bob Dylan’s sheer longevity means Dylan tribute albums can satisfy in some unique ways. We can have later-period Dylan cuts getting their first proper reinterpretation, and ancient-seeming Dylan standards getting re-animated by new sensibilities. It helps to have contributors who are not only well-loved veterans but who have long track records in covering Bob – Richard Thompson, for example, who has been tapping into the Dylan songbook for over 50 years. And it helps to have artists who are not so well-known outside their niches but should be, like Nathan Saltzberg and Joan Shelley or Irish musician Brigid Mae Power (who is young enough to be Dylan’s grand-daughter). For added depth, it’s good to have reliably unconventional artists (Low, Flaming Lips) paired with artists who can play it devastatingly straight (Jason Lytle of Grandaddy, for one). This collection helps you rediscover songs you had put aside too soon, or never knew about in the first place, while also helping to find new artists or to get reacquainted with more familiar names. – Tom MacDonald 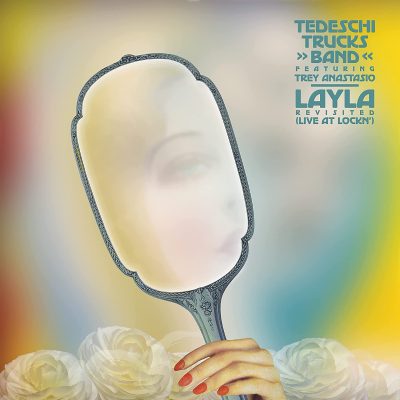 Bandcamp | Amazon | Spotify | Apple Music
At the 2019 LOCKN’ Festival, the Tedeschi Trucks Band teamed up with Phish frontman/guitarist Trey Anastasio to recreate Derek and the Dominos’ masterwork Layla and Other Assorted Love Songs in concert. The group belatedly released a recording of the show as a live album this year. Guitarist Derek Trucks was practically born to make this album; his first name was inspired by the supergroup’s moniker, and there are videos of him playing “Layla” as a young guitar prodigy. From the extended jams on “Keep On Growing” to Susan Tedeschi’s gut-wrenching vocals on “Layla,” every song feels like a celebration. It’s a tribute album that should endure as a classic in its own right. – Curtis Zimmermann 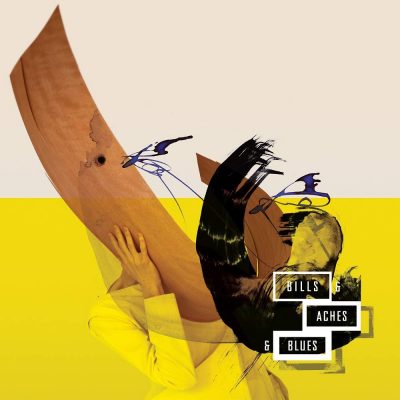 4AD | Amazon | Spotify | Apple Music
Few indie labels have the history of 4AD. In the ’80s: Bauhaus, Cocteau Twins, Pixies. In the ’90s: The Breeders, Lush, Red House Painters. In the ’00s: TV on the Radio, The Mountain Goats, St. Vincent. And in the ’10s: The National, Bon Iver, Tune-Yards. They also know their way around a killer compilation, having released Dark Was the Night and the Day of the Dead tribute album in recent years. Now they have curated a hell of a set for their 40th birthday. Current label artists like Big Thief and Dry Cleaning cover iconic tracks by The Birthday Party, Deerhunter, Grimes, and, of course, a bunch of the artists listed above. Highlights include Ex:Re’s moody take on Blonde Redhead’s “Misery Is a Butterfly,” Big Thief’s spooky folk-rock run at The Breeders’ “Off You,” and U.S. Girls’ distortion-pop harmonies on The Birthday Party’s “Junkyard.” – Ray Padgett 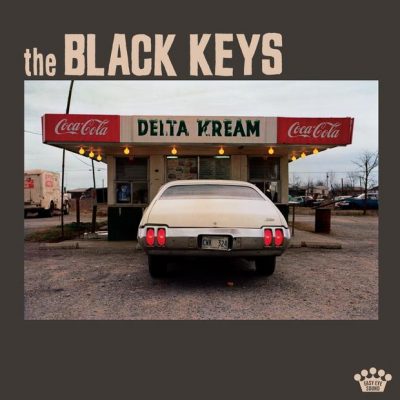 Band Store | Amazon | Spotify | Apple Music
The Black Keys go back to their roots in a big way on Delta Kream. That means an all-covers album of Mississippi hill country blues songs. No Danger Mouse providing polished production here. No sounding like T. Rex. And definitely no “nuanced soundscapes.” Instead, it’s Dan Auerbach and Patrick Carney, ten albums in, at their rawest and loosest, forgetting the fact that they hail from Akron, Ohio, and delivering first takes of songs from a Nashville studio about a “crawling kingsnake” and “going down south” and how “coal black Mattie ain’t got a change in clothes.” They repeat the trick of the Rolling Stones on 2016’s Blue & Lonesome, to some extent, but they up the “authentic” ante by recording with slide guitarist Kenny Brown and bassist Eric Deaton, actual sidemen to their chief inspirations on the album, the late Junior Kimbrough and R. L. Burnside. Their “Crawling Kingsnake” is gloriously sleazy, and their “Stay All Night” positively sinister, care of a gravelly Auerbach vocal and a howling Brown solo. Their atmospheric-as-hell “Going Down South,” on the other hand, benefits enormously from Auerbach’s falsetto and some impossibly great slide-guitar riffs. Then there’s the irresistible fire of “Coal Black Mattie.” It all sounds so natural and easy as Auerbach, Carney and co. lay down one hypnotic groove after another, emulating their heroes in rough ‘n’ rowdy (‘n’ mumbly) fashion. Great album sleeve, too! – Adam Mason 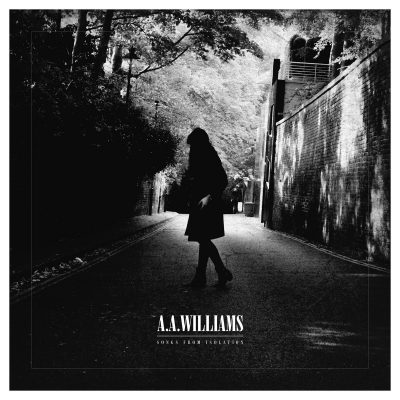 Bandcamp | Amazon | Spotify | Apple Music
The deliberately slow solo piano version of a peppy pop song is a covers cliché, especially with online covers. But in the right hands it can still have power. We profiled A.A. Williams’ forays in this style throughout the pandemic; this year she collected all of these covers on an album, Songs from Isolation, a very appropriate title given the mood of the songs and her sole presence on the recordings. There are pretty obvious choices for covers, such as The Cure’s “Lovesong,” Pixies’ “Where is My Mind,” Gordon Lightfoot’s “If You Could Read My Mind,” Radiohead’s “Creep,” and The Moody Blues’ “Nights in White Satin.” There are also deeper cuts by Nick Cave, Nine Inch Nails, Deftones, and Smashing Pumpkins. Throughout, both Williams’ performances and the context she recorded them in give weight to these versions in a way that some random YouTube piano cover usually doesn’t. – Riley Haas 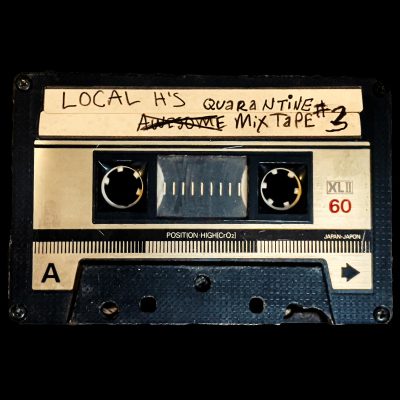 Bandcamp | Amazon | Spotify | Apple Music
As we noted in our quarantine-covers roundups last year, Local H frontman Scott Lucas spent the early months of the pandemic streaming cover performances to the band’s Facebook page. Now he and drummer Ryan Harding have recorded a handful of the best as Local H’s Awesome Quarantine Mix-Tape #3. Some tracks, like Fountains of Wayne’s “Hackensack” and the acoustic “When Doves Cry” (there’s an electric take too), retain that at-home intimacy. Others find the alt-rock veterans cranking the amps to 11, whether they’re covering Robert Plant (“Big Log”) or yacht-rock (“Brandy”). – Ray Padgett 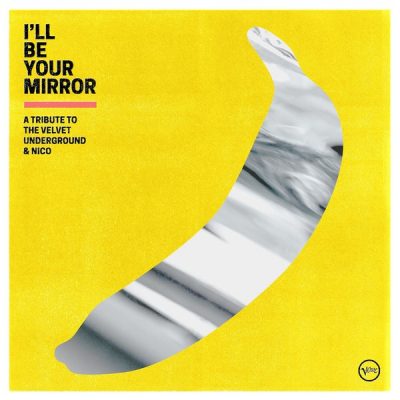 12. Various Artists – I’ll Be Your Mirror: A Tribute to The Velvet Underground & Nico

Center Stage | Amazon | Spotify | Apple Music
The first Velvet Underground album was rock ‘n’ roll’s equivalent of the Trinity explosion – not many knew about it when it happened, but soon enough it would change the world. It could be argued that The Velvet Underground and Nico was more even powerful, because more than fifty years later you can still hear its echoes. I’ll Be Your Mirror collects some of those echoes, from rookies (King Princess, Fontaines D.C.) and veterans (Iggy Pop, Michael Stipe), and shows the songs remain strong and relevant, even (especially?) after the shock has worn off. The success of producer Hal Willner’s final project should allow him to truly rest in peace. – Patrick Robbins 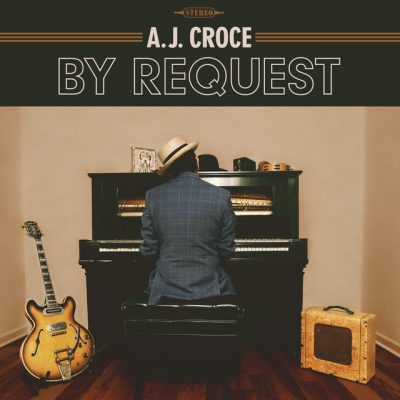 The airplane crash that took the life of Jim Croce in 1974 robbed the world of a major singer-songwriter just hitting his stride. His son A.J. was only two at the time. Now that A.J. is deep into his own long career as frequent sideman (playing keyboards for stars like Ray Charles and B.B. King), and occasional frontman playing his own material, Croce delivers a collection of songs written, for the most part, in that period in which his father was active. Billy Preston’s “Nothing From Nothing” and Rod Stewart/Ronnie Wood’s “Stay with Me” highlight Croce’s hard-charging raucous side, while his take on Tom Waits’ ballad “San Diego Serenade” is more reflective. A.J. brings great versatility as a singer, and he can burn it up at the keyboard. Knowing how to lead a high-octane band and arrange a horn section when a song calls for it are additional strengths. – Tom MacDonald