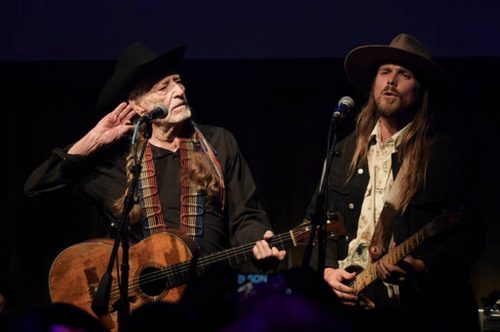 “All Things Must Pass” is one of George Harrison’s signature solo songs, but by all rights, it should have been a Beatles tune. In the new documentary The Beatles: Get Back, there are scenes of the group working on the track in rehearsal. After the Fab Four opted not to record it, Billie Preston released a version on his 1970 album Encouraging Words. The song was later immortalized as the title track to Harrison’s 1972 solo album. Now, fifty years later, it almost seems like an understatement to call “All Things Must Pass” a classic. The track is both timeless and timely, a secular hymn, meditating on the brevity of beauty, love and time itself.

Willie Nelson knows a thing or two about the passage of time. The country music legend released his first album in 1962, several months before the Beatles dropped their debut Please Please Me. Nelson has continued putting out records at a furious pace over the last few decades. For his latest, The Willie Nelson Family, he enlisted the talents of his children. The album has the feel and consistency of many of Nelson’s recent offers, not exactly breaking new ground but still compelling enough to warrant a listen. The album features multiple gospel recordings including takes on Hank Williams’ “I Saw the Light” and “Keep It On the Sunny Side,” a hymn made famous by the Carter Family.

Wedged in between the many tracks about Jesus is a cover of Harrison’s “All Things Must Pass.” Willie’s son Lukas Nelson takes on the lead vocal duties, with Willie providing backup. The two deliver a quiet, passionate rendition of Harrison’s masterwork that feels like it’s been part of their family repertoire for decades.

Click here to listen to more covers by and of Willie Nelson.