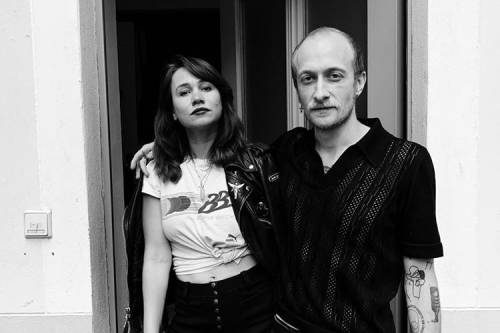 Throughout this pandemic, many artists have come together (while remaining apart) to record new music. The Underground Youth and Laura Carbone have teamed up and recorded an EP of Roy Orbison covers titled In Dreams, out now. Both artists recording their parts separately before adding them together, or as they put it: “Heartfelt home recordings in a time of isolation and distance. Brought together in the digital space to sound like a union.”

The set consists of four tracks: “In Dreams,” “Love Hurts,” “Crying,” and “Lonely Wine.” The cover versions of each song are largely similar. Taking the haunting cues from the original of “Crying,” The Underground Youth and Carbone’s vocals seem to circle each other in the depths of each other’s echo, while a cleanly strummed electric guitar and acoustic contribute to the melody of each track. This is most effective on “Love Hurts” where slowing the track down and and large amounts of echo really add to the emotion and pain in the lyrics. The other tracks are not slouching, but “Love Hurts” is the clear standout.

Listen to the In Dreams EP below.