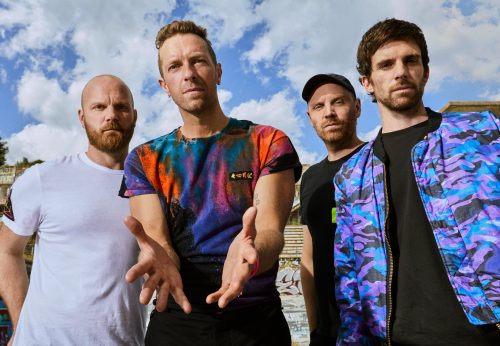 Progressive bluegrass quartet Barbaro takes on a few obvious inspirations on their new EP Under the Covers. Gillian Welch’s “Dark Turn of Mind,” makes sense. Wilco’s “Jesus Etc,” sure. But the other two tunes venture a little further afield. Sheryl Crow’s pop hit “If It Makes You Happy” makes for a jaunty fiddle and banjo number, as does, surprisingly, Cher’s “Believe.”

If you’ve watched any of Bleachers’ latest music videos – hazy, nostalgic, melancholy, Bruce Springsteen cameos – the band seems tailor-made to cover a song like “Drive,” which embodies all of those qualities (well, except one). Sure enough, Jack Antonoff and his crew turn it into a synth fantasia, not steering too far from the original but wringing out every bit of pathos.

Coldplay – Just for Me (PinkPantheress cover)

PinkPantheress is a young British singer-songwriter who has taken TikTok success onto the charts this year. Well, the British charts at least. She hasn’t made as much of a mark stateside yet, but she’s already getting buzz as a Best New Artist Grammy contender for 2023! Coldplay covering her, with a slow and beautiful version of her UK hit “Just for Me,” should help raise her profile.

Last year, we loved Gordi’s cover of Miley Cyrus’s “Wrecking Ball.” And, as Stereogum notes, now she’s covered Miley’s godmother. She tweeted, “I wanted to cover it because Dolly funded the Moderna vaccine and is an all round queen.”

A String Quartet Tribute to Weezer is the vibe of this “Say It Ain’t So” cover, jettisoning every rock and roll element in favor of violin and cello crunching along. What elevates it is Michelle Zauner’s vocals.

Ten years ago, Willie Nelson covered Coldplay’s “The Scientist” for a eco-friendly Chipotle ad; for those keeping track, it landed at #50 on our Best Covers of 2011 list. A decade later, Chipotle has commissioned a sequel from Kacey Musgraves, tackling another oft-covered Coldplay hit. Like with the Willie cover, it comes accompanied by a nice short film (which is still an ad, of course, just a subtle one).

M. Ward says of his cover of Iceland icons The Sugarcubes (aka Björk’s early band), “I learned this old song a long time ago but never performed or recorded it until I made this a month ago in Portland—the lyrics have always seemed timeless and southern gothic, like Flannery O’Connor to me. When I shifted the music down a few steps to an open tuning I discovered in the key of B as in ‘birthday.’”

Milky Chance – Save Your Tears (The Weeknd cover)

Okay, “The Partisan” is not exactly a Leonard Cohen cover. Cohen’s version itself was a cover, of a 1943 anti-fascist protest song. But his version remains the best known, and the template for basically all subsequent covers, including Jason Quever’s here. The song appears on a new digital-only EP, Baxter’s Bliss.

We can’t get enough moody folk-rock “Teenage Dirtbag” covers. Ruston Kelly’s is 2019 was a winner. So was Amy Shark’s in 2018. And now this version by Philly trio Queen of Jeans keeps the streak alive!

Lady Dan – Just the Two of Us (Bill Withers cover)

One Response to “The Best Cover Songs of November”