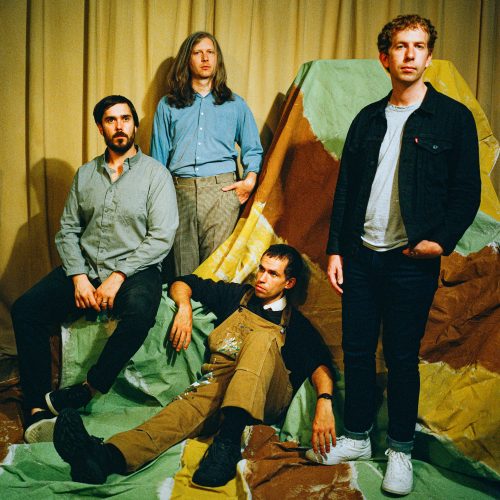 Silver Apples are one of the uniquest and weirdest ’60s psychedelic acts, and yet their music was strangely prescient. Who or what was Silver Apples? In the ’60s, it was the mononymous Simeon, playing a musical contraption of his own creation, backed by drummer Danny Taylor. Simeon’s instrument, also known as a simeon, was a bunch of oscillators combined together to play melody, bass and rhythm parts. (If you buy the band’s debut LP, there is a diagram.) Their music sounds somewhat like ’90s electronic music played on extremely primitive analog instruments, rather than looped, and sung by a hippy. (There’s no mistaking Simeon’s voice for some other time than the 1960s.)

New York band Parquet Courts don’t reinvent the wheel on their cover of new “I Have Known Love,” originally on Silver Apples’ second LP Contact. They play it incredibly straight (save the opening drum fill). But what they do do is play the song with conventional rock instruments, including drums, bass and organ. The bass takes the rhythm oscillator’s role, if you’re wondering. If you’ve only ever listened to the original Silver Apples, it’s kind of a trip to hear the music replicated by an actual rock band. And since this is possibly only the fifth Silver Apples cover on record, maybe it will inspire more covers of this truly unique, unjustly forgotten band.