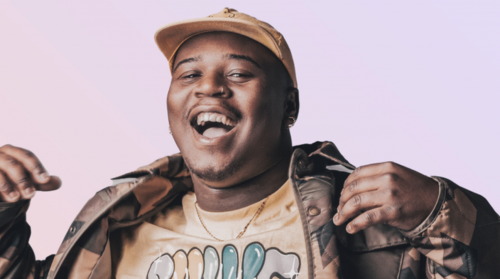 Its only been a few weeks since its release, but Adele’s latest piano ballad “Easy On Me” has already achieved something close to global ubiquity. Like many of Adele’s previous hits, the disparity between “Easy On Me”’s intimacy and the outsized way it has been received is striking. Most artists on this massive of scale specialize in mega-strokes and synchronized choreography, not broken personal pleas set to sparse solo piano accompaniment. In Adele’s case though, it’s the little things that count — millions of individual connections, all drawn to the same torch.

One of those lights cast out from “Easy On Me” comes from vocalist Lloyiso Gijana, whose cover of the new Adele single has been getting a lot of attention. Gijana is a former contestant on Idols South Africa, but that franchise’s theatrical trappings seems to have little bearing on his truly heartfelt interpretation. The digital piano accompaniment admittedly leaves a bit to be desired, but Gijana’s magnetic and indelible voice is the only thing that need shine through here for the cover to hit in a big way. Check out the version below.