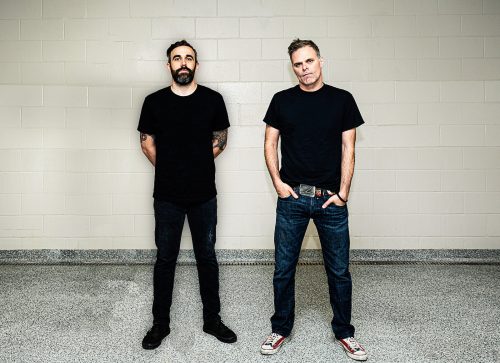 There are numerous versions of Prince‘s iconic “When Doves Cry”; it’s not a song that’s exactly begging for new renditions. And yet alternative legends Local H have recorded not one but two new versions of the song, a rock version and an acoustic version.

The rockier version begins with pounding drums, which is soon joined by Scott Lucas’ crunchy guitar. The original is infamously bare-bones – for example, there is no bass part – and this duo take up that style for the first minute, just Lucas’ voice and guitar with Ryan Harding on the drums. However, the overdubs come crashing in after a minute and a half. The band mostly follow Prince’s lead in the arrangement department despite the rock sound until the guitar feedback comes in, placing this version firmly in ’90s alternative-rock territory. It’s a pretty faithful version, but also very much in a different genre.

The acoustic version is significantly slower, as you would expect anything recorded by a ’90s band with “(Acoustic)” in the title to be. Everything about this take is different: it’s just Lucas’s voice and some guitar. Lucas sings the song as it’s about something entirely different than their loud version, and there are no overdubs. (It might be Lucas solo, actually.) In this version, the song is a ballad.

The contrast is interesting and kind of fun, especially given how famous the song is and how we all know it so well. I’m not sure either of these versions would make our “Five Good Covers” from 2020, but they’re both entertaining enough, and together it’s kind of a treat. Both versions come off their new Quarantine Mix-Tape covers album.