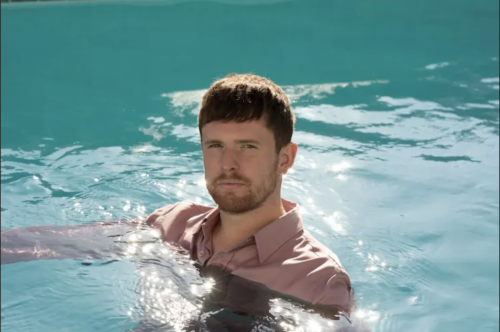 Electronic-R&B auteur James Blake has shared a cover of the late soul great Bill Withers’ “Hope She’ll Be Happier.” Released as an exclusive for Spotify Singles, Blake’s cover was recorded live in Los Angeles in September 2021. Blake has a history with “Hope She’ll Be Happier,” having incorporated the song into his live sets for nearly seven years. While some of Blake’s solo covers that feel similarly spare were released at earlier junctures of his discography — among them, covers of Joni Mitchell, Don McLean and Feist — it’s only now that the long-gestating Withers cover has come to the forefront.

The official release was worth the wait. Taking cues from Withers’ original pared-back arrangement, Blake’s version of “Hope She’ll Be Happier” finds its resonance in just a few distilled strokes. A single-line guitar figure, a mere half-measure long, runs on repeat through the entire track, cycling like a whirling dervish in slow-motion. He opts to add a bit more ‘oomph’ to the vocal delivery, some billowy, low-end Wurlitzer figures, and, in the song’s boldest choice, a full octave ascension. But even when he reaches a higher plateau on the song’s final refrain, Blake maintains the song’s hallmark stillness.

The release comes at a poignant moment in both Blake and Withers’ arcs. Withers would have been celebrating the fiftieth anniversary of his seminal debut Just As I Am — the record from which this song is drawn — this year, but he passed away in spring 2020 due to heart complications. Given Withers’ loss, the rockiness of the pandemic and “Hope She’ll Be Happier”‘s obvious wrenching subject matter, it’s fair to say that the song wallows in sadness. Yet there’s some sense of optimism and forward motion here too; Blake’s version arrived in the recent lead-up to his fifth studio record, Friends That Break Your Heart, released in early October. The album finds him exploring strains of Withers-adjacent soulful balladry, striking earnest tones in a re-emergent moment. These same hopeful aspirations run through Blake’s cover too — the sound of making grey skies blue again.

Check out James Blake’s cover of Bill Withers’ “Hope She’ll Be Happier” below — both in its official form as a Spotify Singles exclusive, and in a live version captured way back in 2014 at Bonnaroo.  (For good measure, we’ve included Withers’ own truly stunning live version of the track, drawn from the Zaire ’74 concert/the documentary film Soul Power, for your viewing pleasure too.)