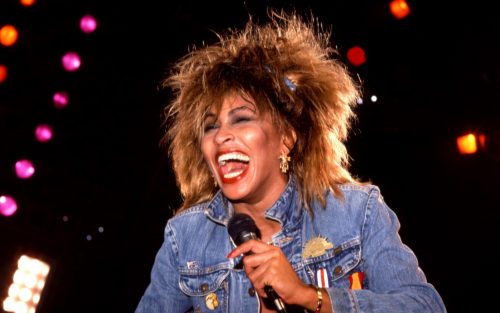 Tina Turner’s place in rock ‘n’ roll history has long been assured. In fact, those words could have been spoken forty years ago, thanks to her Hall of Fame-worthy career with Ike Turner. But it’s what she’s done since then that really puts her over the top. She overcame a textbook case of a hellish marriage, turning tragedy into triumph. Her solo work has become her signature work, something no Beatle or Supreme could ever say. And for the past twenty years, she’s been in the Guinness Book of Records for selling more concert tickets than any solo artist before or since. Make no mistake: her second trip into the Rock and Roll Hall of Fame is even more deserving than her first.

In Turner’s honor, we’ve selected five covers of songs we associate with her. They’ve all been reinvented to some degree, and that’s only appropriate, as Turner reinvented herself from a struggling supper-club singer to, simply, the best.

It took a while for “What’s Love Got To Do With It” to find a home. Cliff Richard turned it down, Donna Summer never got around to it, and Turner herself didn’t like the song at all, saying, “I can’t sing that wimpy crap.” Fortunately, she figured out how to keep it from being either, and took it to number one, her first and last song to top the Billboard charts. Maybe she was afraid that if she sang it in a gentler way she would sound the way Rose Cousins sounds in her cover. But as Cousins proves, the song sounds just fine in that style as well.

Mark Knopfler wrote “Private Dancer,” and while Dire Straits recorded the track for their Love Over Gold album, Knopfler decided the song needed to be sung by a woman to work, and passed it along to Turner. It was the right move – “I put the old soulful touch on it,” Turner said, and it became the title track and a top-ten hit. Peaches’ cover takes it back to voice and piano, and while she didn’t pull it off to her personal satisfaction, she still delivers with a vocal less sung than wrought.

Of all the Finnish symphonic metal cover supergroups out there, Northern Kings was one of the best. Their first single, a cover of “We Don’t Need Another Hero” from the third Mad Max movie, was a big hit in Finland, and the album it came from, 2007’s Reborn, went gold with 17,000 copies sold. Sadly, they just couldn’t get beyond Thunderdome, and by 2011 they were no more.

Joanne Kelly – Better Be Good To Me (Spider cover)

“Better Be Good To Me” is a song that could easily have been in our That’s a Cover? category. It was originally released in 1981 by Spider, whose keyboardist Holly Knight co-wrote the song; the band folded in 1984, the same year Turner took the song into the top five. This cover comes from Going the Distance, a 2004 road-trip movie aimed at the adolescents of the Great White North. Canadian Pie, if you will. We see Joanne Kelly, one of the hitchhikers, tear through “Better Be Good To Me” in a roadside bar, and our protagonist realizes that hey, this girl might be something special.

Here’s another one where Turner made the world forget this was a cover, totally eclipsing the hard work of original artist Bonnie Tyler (Holly Knight co-wrote this one too). Her version of “The Best” is so huge that it’s easy to miss the romance in the words and think it’s about the winner of the big game. But Dan Levy didn’t make that mistake, and when writing the “Open Mic” episode of Schitt’s Creek, he entrusted costar Noah Reid with making the lyrics matter. Reid came through in spades, turning the volume way down and creating the most unforgettable moment of the show. The studio version can’t be beat, either, as you’ll see/hear.