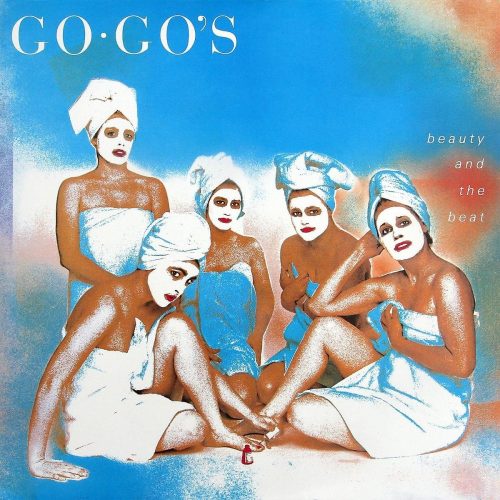 Let’s start with a more somber “Our Lips Are Sealed,” more Fun Boy Three than Go-Go’s. It starts out as a bit of a dirge, bell tolls and all. The vocals enter in a daze. By the second verse, the tone has lightened up a bit, and the occasional strategic whisper on words like “silence” has you leaning into the sound. A bit of a military march creeps in as well, and the whispering strategy continues with the barely-there “hush my darling.” As the song reaches its conclusion, there is an air of triumph: “Pay no mind to what they say / It doesn’t matter anyway.” Want a more upbeat version instead? Check out this recent ska version.

The Vindictives – How Much More (The Go-Go’s cover)

This punk-rock band, hailing from Chicago, does the LA punk scene proud (and bonus points for not changing the song’s point of view). The Go-Go’s merely hint at the angst in the original; with a more cheerful instrumentation downplaying it, we don’t really get the same feeling of “crazy.” This version picks up on the undertones and emphasizes them, increasing the pace to build on that frenetic energy.

For variety, I try not to lean too heavily on the whole pop/punk Go-Go’s tribute album, released in 2013, that this song comes from, even though the whole lineup is great. However, it turns out there aren’t that many covers of “Tonite.” Whereas the punk elements in the original “How Much More?” are subtle, they are much more prominent in the original “Tonite.” This version, now with Minneapolis representing, brings the same instrumental energy. The vocals are a little more raw, and the result is the feeling that this song is indeed an anthem. It’s not just a “going-out” song, it’s a reminder that “there’s nothing, there’s no one to stand in our way.”

The guitar/drum combo is still the star in this song that is assertive in sound but vulnerable in the lyrical storytelling. There is a little more dissonance in the reverberation on the vocals here which adds to that sense of feeling exposed that the song’s story evokes. If you are interested in the delicate genre balancing the Go-Go’s went through as their careers evolved, this deep dive into the Go-Go’s transition from punk to pop uses “Lust to Love” as a case study, comparing the original demo with the production version on the album.

Cover Me Badd LI – This Town (The Go-Go’s cover)

Despite the pun in the band name and the cheeky album name that make you anticipate some kind of butchered rendition, I’m drawn to this rough-around-the-edges cover. The beginning maintains that “danger, here comes trouble” mood, and the guitar and bass continue to hold their own, complete with an expressive guitar solo. The vocals are definitely more gravelly than the original, but they get at that dual meaning of the song: the flip side of glamor, the love/hate relationship that many people feel about their hometown.

Starting out with a bit of an ear assault, there is a moment where you think this might be a cover “Blitzkrieg Bop” by the Ramones. But then that opening guitar line drops, and we’re pulled back into Go-Go’s land. You can definitely imagine an alternative world where the Go-Go’s would have stayed relatively obscure as a punk band but would have brought down the house of small LA bars and clubs with “We Got The Beat” in this style. Or just listen to the original version for a taste. Want an all-female punk cover instead? Check out this more tongue-in-cheek one, made possible by the resurfacing of the AV Undercover archives. Or maybe you want full on screaming; there’s a cover for that too!

The beginning of this cover has a similar start to the original, slow with light guitar and vocals, building the suspense. But then there is a sharp pivot. There are background vocals that keep the melody in mind, but the driving force is the yelling of the lyrics. Somehow “screaming” doesn’t feel like the right word, “yelling” seems to imply that someone else is a recipient, and that is certainly the case here. Sometimes the vocals and the yelling switch places in terms of prominence, and other times the guitar gets a chance to weigh in. Overall, this cover certainly leans into the Go-Go’s original genre.

The Go-Go’s version of this song starts out like a backdrop for a spy movie with a hint of witchiness (don’t the lyrics sort of sound like a spell?), and this cover keeps that mood. The vocals here maintain that mystery, complete with the long, almost uncomfortable pauses before finally “automatic” is uttered (you can really see those pauses in the visualization of the sound that the Soundcloud player provides).  Not punk, but maybe you also want string instruments involved in a cover of this song.

I admit that I could not find a cover of this song with an especially punk vibe, but this cover does lead us to another Go-Go’s tribute album. Instead, this cover provides more of a beachy vibe (is that a ukulele I hear there?). Despite its upbeat sound, it has a bit of that “go the f**k to sleep” energy, a serenade from an exhausted parent or partner that matches the exasperated logic of the lyrics.

For one more deeper cut I had to lean again on the Our Lips Are Sealed tribute album. Where are all the “Skidmarks On My Heart” covers anyway?! A California (this time Bay Area) girl-group saves us with this rendition. The vocals are a little more Valley-girl style, but the strong percussion provides a balance in sound that maintains the authority of narrator. Critically, the delivery of the line, “you say, ‘get a mechanic,’ I say ‘get a shrink'” stands out and epitomizes the back-and-forth sparring described by the lyrics.

The initial heavy bass and drum combo is even more emphasized in this cover, and unlike in the original, where the sound lightens up when the guitar joins in, the drum remains front and center here. This remains true throughout the verses; even the vocals are muted in comparison to the forceful beat. However, when we get to the chorus, the power returns to the vocalist (until the drum solo of course). As the Beauty and the Beat album closes, we are left with another anthem for the ages: “can’t stop the world / why let it stop you.” If you want a little more under the radar version, here’s a garage demo cover.

I’ll also leave you with a bonus “Vacation” in the same punk spirit.